'The India free trade deal will give Australian businesses unprecedented access to one of the world’s fastest-growing economies’
David Knowles-Pitcher Partners read more
Our new e-magazine is OUT NOW. Click here to read.
REGISTER ADVERTISE
SUBSCRIBE TO OUR FREE NEWSLETTER
PUBLISHED | MARCH 11, 2011
COMMENTS | NONE
Tweet 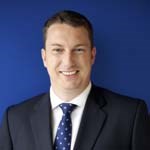 The Australian Bureau of Statistics announced that total employment decreased by a seasonally adjusted 10,100 jobs during the month of January. The market was expecting an increase of 20,000 jobs. This headline figure hides the positive fact that 47,000 full-time jobs were created during the month with the drop in total employment being caused by a fall in part-time employment of 57,700 jobs. Chinese trade data released today saw China slip into a trade deficit - its largest since February 2004. The deficit amounted to US$7.3 billion with analysts expecting a surplus of US$4.95 billion.

The AUD initially retreated to close to a two week low against the USD in a knee-jerk reaction to the headline figure of a drop of 10,100 jobs. However, as the market digested the significant increase in full-time jobs, the AUD quickly stabilised. This growth in full-time employment signifies a robust, strong Australian economy. The number of overall hours worked in the Australian economy increased by 1.1 percent which is further evidence of this strength and suggests that not too much should be read into this small fall in the total number of jobs, which was prompted by a dramatic fall in part-time employment. The employment figures are unlikely to change the outlook on interest rates with rates likely to stay on hold in the short-term. The market continues to expect one interest rate rise before the end of the year, which has largely been priced into the AUD resulting in the AUD trading within recent ranges. News of China’s trade deficit later in the day saw the AUD drop sharply to $1.0040. The deficit could suggest a more pronounced slowdown in China and a possible flattening in demand globally.

The flood disasters in Queensland and Victoria played a significant role in the overall employment data with both states seeing significant reductions in employment. The total number of jobs in Queensland fell by over 22,000. As the rebuilding efforts moves ahead at full steam, employment data is likely to improve in both states. The unemployment rate of five percent remained the same as January. This is a positive sign as most economists see employment rates below five percent as a sign of ‘full employment’ which often leads to inflationary pressures due to unfulfilled demand for labour putting pressure on interest rates. All eyes will be on the next round of unemployment data, due out in early April, for any signs of further tightening in the labour market which may put pressure on the Reserve Bank to hike rates more than once between now and Christmas. More broadly, the continued strength of the economy will continue to support current trading levels for the AUD in the 0.9700 - 1.0200 range, so exporters can expect little relief in the near term. Improved economic conditions in the US and European economies and a reduction in risk aversion around the instability in Libya and the Middle East will be key drivers of any downside risk in the AUD in the short term. Continuing signs of weakness in the Chinese economy could also see downward pressure on the AUD. However, exporters should not get their hopes up too soon, with the February retail trade figures to be released on 31 March likely to underpin just how strong the Australian economy is performing.