'The India free trade deal will give Australian businesses unprecedented access to one of the world’s fastest-growing economies’
David Knowles-Pitcher Partners read more
Our new e-magazine is OUT NOW. Click here to read.
REGISTER ADVERTISE
SUBSCRIBE TO OUR FREE NEWSLETTER
PUBLISHED | JULY 30, 2009
COMMENTS | NONE
Tweet 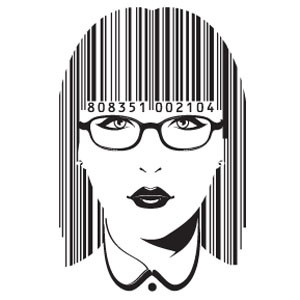 Eighth in our series on the True Cost of Exporting is the cost of human resources, whether hiring someone for your export business in Australia or overseas. Exporters are among Australia’s best employersbut there’s a lot of research and cost considerations that go into making it that way. According to a study conducted by Tim Harcourt, Austrade's chief economist, exporters are among the best bosses in Australia providing better wages and working conditions for their employees both here and overseas. "Exporters, on average, improve the quality of employment in Australia as they are innovative, invest in technology and education and training, and achieve higher levels of productivity and profitability, relative to domestic businesses," he reports. Exporters clearly know the value of good people, but do they know the real cost? You'll already be familiar with the costs of hiring in Australia, including tax, holidays, sick leave and superannuation, but an extra consideration for exporters may include having staff with certain skills, such as another language or an export procedures qualification, which may require a higher salary. The other consideration is whether to outsource, which may be cheaper and more efficient than doing it yourself. Outsourcing services like freight forwarding or translation could be a better value proposition than hiring staff, especially for smaller exporters.

The decision to send staff overseas for more than just a business trip is one you shouldn't make lightly. "There's an obvious attraction of using someone who understands the business, that is involved in driving the growth of the business domestically in Australia and certainly there's a vital role in them building the [overseas] presence," says Amit Aggarwal, Austrade's business development director for the United Kingdom. "But there's also benefit from using local staff, their local knowledge, contacts and awareness of the market so in an ideal world you would combine that local knowledge with your Australian experience." If relocating personnel from Australia, consider if you need to obtain work visas or permits-you also may need to factor in lead times to apply for these. Also weigh up any tax implications and costs such as a living away allowance and/or a relocation bonus for the chosen staff member. You will also need to figure out how your business in Australia will fare without one of your star employees. Additionally, you should spend some money on securing your investment with a contract that should include a non-compete clause so that your ambassador doesn't get spirited away by a competitor, or decide to set up their own competing business while overseas. Enticing staff to take overseas positions also entails its own set of parameters. Marcus Sandmann, head of Marketing and Customer Management, Asia-Pacific, for recruitment agency Michael Page International says you need to understand each destination's cost of living, tax rates and exchange rates. "People need all of this information to determine how attractive the offer is in comparative terms. In some countries such as Hong Kong and Singapore, salary levels might be the same but low levels of personal tax makes working in these areas far more lucrative," he says. This will also help you determine the most cost effective locations to send staff to, especially if you were weighing up a couple of different markets.

If you have operations overseas and require staff, hiring people for that location has both a financial and time cost due to complex logistical and regulatory procedures like securing visas and sponsorship. Decide whether you will spend the time and money looking for staff yourself, or shell out for someone to do it for you. If you do it yourself, you'll need to familiarise yourself with the employment environment, both legal and cultural, of the country. "Labour costs and worker entitlements vary from country to country so our advice is for international business owners to fully investigate these variables before hiring local staff," says Sandmann. He adds that it is ideal to meet with any candidates directly: "Face-to-face interaction is an important indicator. Use resources like video technology, and engage the assistance of senior personnel whose opinion you trust in the destination country to interview the applicant in person." This should also apply to any agency you employ to hire on your behalf, he notes. There's a difference between a recruitment agency and an employment agency-some firms do both. If this is the case, you need to determine their role, their fee and any ongoing costs, such as commissions costed as a percentage of the employee's salary. In countries like China, using an employment agency is the norm. "There are a couple of companies, one called Fesco and one called Intellectech, both of which will do all of the complex HR stuff on your behalf," says Bruce McLaughlin, CEO of Sinogie Consulting. "Using one of these companies used to be compulsory. Most people still choose to do it this way because its so complicated otherwise dealing with seven or eight different things. If you're a big company with your own HR department then it's fine, but if you're smaller it's an awful lot of work to take care of if you don't use one of these companies." In general, the more senior the position, the greater the cost, not just because of the heftier salary required but because of the length and complexity of the recruitment process. This is because senior positions tend to require more interviews and background checks, says Sandmann. "The process may also vary depending on whether the position is temporary or permanent," he notes. Employment for an exporter is a complex and sometimes costly exercise, but armed with the right knowledge you can make a sound decision on the investment you'll make in your people.

Sinogie Consulting CEO Bruce McLaughlin has had plenty of interaction with the employment environment in China, both as an employer and on behalf of clients. He offers tips on how to save time and money when hiring in China, most of which transfer as lessons for elsewhere. Know the going rate: "Australian companies will deal with people with incredibly unrealistic wage expectations, particularly out of the good universities. Shop around and talk to people like Austcham [China-Australia Chamber of Commerce] to find out what a reasonable wage would be." Not just a salary: "The number you give when you're making the job offer is their take-home pay. You need to add 48 percent or so on top of that. That covers the fee you pay [employment agencies like] Intellectech or Fesco, which is maybe 2-3 percent, and then tax, social insurance and all the other bits." Doing a background check: "It depends on what the client wants but we charge between US$2,000-5,000, for jobs that are paying at least A$100,ooo a year. That's a background check of previous employment and a check of whether they've been involved in anything dodgy in the past." Watch the baggage: "Firing can be quite difficult. I know people have just ended up paying people to stay at home: it can be the only way you can do things. One due diligence mistake people sometimes make is to forget to check what's going on with employees: you think you take on a company of 300 employees when it actually has 3,000, you've just never seen them. And you can't get rid of them, it's a cost you have to factor in." Replacement costs: "A lot of people I know have a staff turnover of one job having three or four people in a year. It's lost time in training more than anything. If your staff are already at full stretch then it makes things a bit hard for them for a few weeks and bonuses can be a good idea in a situation like that." No hidden costs: "Do everything legally-it's so easy not to, but when you let employees not pay tax it will come back to bite you rather than them because paying tax is your responsibility."