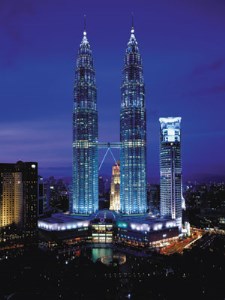 Acknowledgment of the fact that women in export were not being recognised and were under-represented in exporting led to the design of a unique program by two women with a wealth of experience and knowledgein the exporting arena. Julie Scott, executive director of the NSW Department of State and Regional Development (DSRD) Small Business and Development Division, and Christine Gibbs-Stewart, general manager of Australian Business International Trade Services (ABITS) locked heads together after a 2007 delegation to the United Arab Emirates to create NSW Women Going Global, a program designed to teach women how to strengthen their skills, opportunities and contacts overseas. The program is sponsored by CMC Markets Asia Pacific. "We needed a program that would resonate with women, that was different and that was aimed squarely at women," says Scott. Not that they intended to ostracise men. "One of our objectives was not to exclude the blokes," Scott says emphatically. "In fact, since Chris and I developed the idea for a women’s mission we’ve garnered support from males in what is traditionally a male dominated industry." While they both wanted to get the "equity balance" right, their main objective is to give women a better chance in the exporting world. "There’s a distinct lack of women at exporting events, industry-related functions and awards ceremonies," says Gibbs-Stewart. "We also knew that there were many female exporters who were not being recognised for their contribution and achievement. They were also not taking on senior positions in companies that exported." Compared to other Australian states and territories, the situation for female exporters in NSW is going "backwards", according to Scott. "ABS [ Australian Bureau of Statistics] figures show that 12 percent of exporters in NSW are females. Almost one third of ABITS' exporters comprise women. The downside is that recent statistics show that women in CEO positions and senior roles in NSW are declining," she reports. Not to be dissuaded, the ‘exporting duo’ has a primary goal: to increase export sales for Australian businesses. With this in mind, they painstakingly planned and structured the first, of what is hoped will be an annual event for women who are intending to, or are currently exporting. The inaugural visit to Malaysia by 12 women representing 10 companies was a well deserved success.

Before you commit, build a relationship

For Leigh Bryant, a well seasoned exporter and business owner of 25-year-old, Newcastle-based freight forwarding company, Scorpion Freight Pty Ltd, the mission to Malaysia was a valuable, and different  experience. Her business takes her to some of the major ports in Asia. She’s also battled at a boardroom level with many men so the thought of participating in a ‘women only’ mission was met with anticipation and intrigue. Tongue-in-cheek, she says: "What distinguished this trip from other events was that I felt refreshed and invigorated - it may have had something to do with the lack of testosterone in the room." Bryant came to Malaysia armed with a contract and in search of a local agent to assist her growing cargo business in Kuala Lumpur. To her surprise she found the right person and, with a modification to the terms and agreement, walked away with a signed contract for a sole agent. "It was critical for me to find an agent who had the strength of character and calibre to control the business on this end," she said. Bryant, a regular visitor to  Malaysia, sensed a  greater willingness by the Malay women to communicate more openly to pursue business interests on this particular visit. "The Malay women I spoke to seemed unshackled and willing to embrace each and every business opportunity. Many of these individuals commanded senior roles in politics, government and business," she says. "Of course, there was the usual manoeuvring and manipulating which you would expect at any of these events, however, the openness in communication suggested they were keen to build relationships as opposed to the cut and thrust of closing a deal then and there." Aside from the relaxed networking Bryant was impressed with the organisers’ detailed planning and execution: "It was an extraordinary experience and by far the best trade mission I’ve ever attended. It also reinforced that if you really want to secure an export market you need to attend organised events. I would never have met all these individuals or indeed leveraged off their contacts, if I had decided to go it alone."

Listening and learning from the experienced exporters

At the other end of the exporting experience spectrum is Samantha Davies, financial controller for Muru Mittigar, a not-for-profit organisation that provides employment and training opportunities for Aboriginal families in Western Sydney. It was Davies' first trade mission and an ideal opportunity to listen and learn from the experts. "I met some outstanding business women and gained a wealth of experience," she says. "My personal development on the trip was magnanimous. The mentoring I received from Chris, Julie and Leigh was both faultless and fruitful. Other delegates also stepped up to mentor each other." Like Bryant, Davies was impressed with the organisers’ attention to detail. "At the end of each day we had a debriefing session, which allowed me to brainstorm my thoughts and ideas, talk about my own business issues, and network with like-minded people. We even got to relax and venture out into Kuala Lumpur and Penang for sightseeing and shopping." For Davies it was an opportunity to show the Malays the uniqueness of Australian culture. She demonstrated a number of Aboriginal artefacts. She also established numerous contacts and since her return to Australia has been busy contacting prospective clients. She’s also keen to participate in future trade delegations, but the trip to Malaysia, "will be a hard act to follow!"

Getting the right mix of individuals and industry representation was the challenge. Having a small group presented unique opportunities for participants to share their own business experiences as well as mentor each other. Being part of an all-female group also added a new and invigorating dimension. "DSRD operates 14 trade missions each year and often women feel excluded from many of these missions," says Scott. Many of these women have both family and business commitments says Gibbs-Stewart: "Juggling work and family life often constrains any notions of travelling overseas to pursue exports." Before the participants travel, they attend a series of workshops to sharpen their skills, to improve their understanding of that country’s culture, politics, social mores and ways of conducting business. They also address the important issue of work-life balance. "Having a peer group to support and encourage your efforts is extremely important, and that is what this program is all about," says Gibbs-Stewart. Another key feature of the program is online networking. For example, participants can have open discussions on a dedicated Facebook site. "It’s enabling them to become more online savvy," says Gibbs-Stewart. "They can access the network anytime, anywhere, and tap into valuable contacts and information. They can also use the online tool to enhance customer service and open up new markets." In the future Scott and Gibbs-Stewart hope to have NSW Women Going Global as an annual event. They also want to extend their reach out into regional NSW with the establishment of a regional exporters forum. "The feedback to our inaugural mission has been positive. The workshops have revealed that women would like to participate in forums and  that e-learning is a suitable platform to share information, advice and contacts," says Scott. "We’ve also established that we need to focus on financial markets and services for exporting opportunities." For more information on the program, see www.australianbusiness.com.au/wgg