'USMCA is the most important deal we've ever made by far’
US President Donald Trump read more
Our new e-magazine is OUT NOW. Click here to read.
REGISTER ADVERTISE
SUBSCRIBE TO OUR FREE NEWSLETTER
PUBLISHED | MARCH 12, 2012
COMMENTS | NONE
Tweet 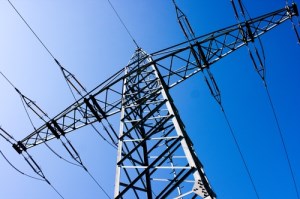 Africa’s electricity conundrum To describe the electricity instability in most Sub-Saharan African countries to someone who never lived in the region could sound like a fairy tale.  For instance, a country such as Nigeria, considered the fifth largest exporter of crude oil to the US and ranked eighth among countries with the largest deposit of natural gas, still cannot guarantee a predictable electricity supply to desperate consumers in the country. Nigeria has an electricity deficit of some 23,000 megawatts, which is costing the economy about $1.3 billion a year. Its average per capita electricity consumption stands at 129 kilowatt hours compared with 491 in India and 12,607 in the US, according to Nigerian government estimates. The interesting part is Nigerians, including government establishments, spend about $13 billion a year in standby diesel-generated electricity when it would only require about $10 billion a year of investment over the next few years to develop its electricity infrastructure. This is a typical example of the Sub-Saharan Africa electricity conundrum. New approach The African continent currently spends about $11.6 billion a year on electricity, roughly a quarter of the $40 billion it should be spending annually to satisfy its energy needs.  The World Bank report estimates that "the entire installed generation capacity of the 48 countries of Sub-Saharan Africa is 68 gigawatts, no more than Spain’s, and without South Africa, the total falls to 28 gigawatts". To date, there have been some 45 independent power projects (IPPs) across 17 African countries, amounting to an investment of roughly $10 billion, and producing about 12,000 megawatts of power, according to data from South Africa’s Graduate School of Business. "Three-quarters of installed IPP capacity and about 70 percent of all IPP investment" are concentrated in Egypt, Tunisia, Morocco, Côte d’Ivoire, Ghana, Kenya, Tanzania and Nigeria. A professor at the University of Cape Town’s Graduate School of Business, Professor Anton Eberhard, pointed out in his research a remarkably low IPP failure rate in Africa. The research also revealed that African IPPs earn their investors considerably higher rates of return than in other parts of the developing world (about 25 percent compared with 15 percent returns across Latin America and 12 percent for Eastern European IPPs). Regulating the market Considering the efforts of various African governments to boost electricity generation and distribution in their countries, many are yet to fully implement effective reform programs that will regulate and liberalise the sector.  Most recently, about eight African countries, namely Egypt, Tunisia, Morocco, Côte d’Ivoire, Ghana, Kenya, Tanzania and Nigeria introduced legislation that is expected to drive reform programs in their electricity sectors. In the same regulatory initiative, the Southern African Development Community’s (SADC) energy ministers recently agreed to implement full cost reflective tariffs across the 15 countries that are part of the union, a move that will boost IPPs across the region. SADC comprises 15 African countries with a population of close to 258 million people and a shared GDP of over $471 billion. List of OpportunitiesAfrica’s electricity sector offers significant opportunities in the areas listed below:

While you are here: The Inaugural Africa Australia Infrastructure Conference early bird registration is open now. The premier event will take place on 3 and 4 September 2012 at the Sydney Exhibition and Convention Centre. The conference will focus on ICT & Telecom, Oil & Gas, Transport and Energy. Private sector decision makers, government ministers, business community and experts from both Australia and Africa are expected at the conference. To take advantage of early bird registration, register now.