Government needs to talk up export 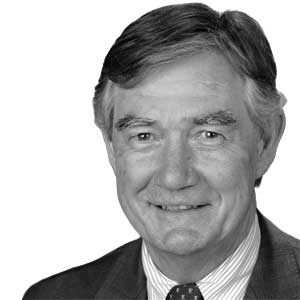 We have always pushed the issue of the high Australian dollar hard. Together with the confluence of other global financial events, our high dollar is tipping some of our nation’s exporters to almost utter despair. Sadly there appears very little light at the end of the tunnel. Recent research conducted by the Institute shows just how difficult things are. More than 80 percent of respondents said the Australian Dollar is having a negative impact on their export sales. More then 40 percent said international sales had been affected by 10-to-30 percent. Their primary concern though is the impact the dollar is having on margins. The research goes on to forecast an impact on jobs and the concern exporters have of further cost increases resulting from a price on carbon. Most employers are taking a wait and see approach on jobs, since uncertainly appears to be the key factor. Most expect jobs to be lost though. The study was conducted prior to the Government’s carbon tax announcement but in saying that, feedback since would indicate that little has changed. Exporters remain very hesitant on the issue, most expecting costs to increase and margins to go even lower. This research is further supported by feedback from the EMDG consultants who clearly forecast a reduction in the number and value of claims this year. This has been brought about by the obvious reduction in export sales and the lack of confidence in both business prospects and the recent failure of the scheme to meet recipients’ expectations. While the 2010/11 EMDG payments are predicted to be better than the $27,500 first tranche and 56.7 percent second tranche payout in 2009/10, decisions on marketing and business development sadly are made long before this data is available hence confidence is low. The question is how do we remedy this? In my March column I asked if we were were a tad too comfortable. My view is that we were; things in the land of Oz are, I suggest, not quite as sound as we think. Sales were starting to slip and many exporters were really starting to feel the effects. This has resulted in a massive attitudinal change to business prospects, which sadly has manifested itself into a quite devastating lack of confidence. In my book, and the economists would probably disagree, the first thing we all need to do is kill the notion and rhetoric that constantly says "resources and resources alone will drive our export earnings into the future". One reason Australia was able to escape the worst of the GFC was the diversity of its export industries including agriculture, manufacturing, tourism and services, including education, which contributes to over 70 percent of our employment. Secondly, we should take an all of Government approach to trade. Germany, the United Kingdom and more recently the United States are embracing a range of Government departments to drive their export activities and from what we can see, it’s working. Thirdly, we need to build back confidence in the EMDG scheme by making sure it’s fully funded and actively promoted. It was encouraging to hear the Minister for Trade comment positively about the effectiveness of EMDG at the recent forum on the China Trade Mission and suggest that some additional funding may be made forthcoming. This comes on the back of the 30 June announcement by the Minister to set the first tranche EMDG payment at $50,000 for 2010/11 claims - much better than the $27,500 for the prior year. The initiative of the Government to take a trade mission to China led by both the Minister for Foreign Affairs and the Minister for Trade focused on services is a good start. Let’s see the Government talking up the export business for a change, getting involved in more high level missions, building confidence through innovative funding initiatives, increasing investment in our export agencies and starting to embrace industry and allied departments to attack the opportunities as a highly motivated, well briefed team of professionals.