From BRIC to BRICS - 2011 Leaders Summit 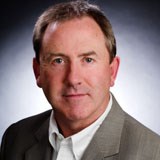 The third annual meeting of the "BRIC" Leaders was held on 14 April 2011 in China's southern island province of Hainan. This was the first meeting at which South Africa joined the other BRIC leaders in their annual deliberations, so President Jacob Zuma and newly elected President Dilma Rousseff of Brazil both attended their first meeting of the new "BRICS" group of Leaders. It's an opportune time to reflect on the influence of the BRICS on the global economy and, in particular, the emerging role of China as the largest, strongest and most influential of the five BRICS economies. It is particularly interesting to find South Africa at the BRIC table, as this appears to have been driven more by geo-political than economic reasons. According to Jim O'Neill of Goldman Sachs, the original inventor of the BRIC acronym in 2001: "As far as the economics are concerned, South Africa is one of the more wealthy nations in Africa, and is currently the largest in US$ terms at around $350bn. However, this is quite small, not only by BRIC standards, but compared to some others. For example, Russia is around $1,600bn, nearly five times larger than South Africa, and India is currently similar in size to Russia. Brazil is currently closer to $2bn in size, while China is considerably larger at around $5,500bn. Importantly, there are a number of other economies from the so-called emerging world that are bigger than South Africa. This would include Indonesia (approximately $700bn), Mexico ($1,050bn), Turkey ($725bn) and South Korea ($1,000bn). These four nations, along with each of the BRIC economies, are all one percent or more of global GDP, and what we would increasingly think of as growth economies." It is tough to see how South Africa matches up to these four countries, never mind the BRIC countries. It made this next meeting of the "BRICS" leaders even more intriguing for those of us who follow the changing dynamics of the new world order, a world in which the US finds itself as more of an "observer" than the dominant player it once was, and a world in which some of the poorest African, Latin American and Eastern European nations are likely to have increasing influence and power at the expense of their western cousins. This will inevitably challenge many of the practices, traditions and institutions that have been taken for granted during the last century, and will result in new alliances and groupings of countries who, until quite recently, were heavily dependent on the developed world for foreign aid, investment and financial support. The global financial crisis of 2008/9 accelerated a process which began back in 2005 or so when China's economic success, and the increasing dependency of the US on China, caused new trading and economic relationships to be formed between the BRIC countries. China started investing heavily in African resources, Russia and India traded energy, IT and military hardware, and Brazil exported iron ore, oil, coal and other commodities to China. Suddenly, the BRIC countries were voting as a "bloc" at WTO negotiations in Doha and collaborating on climate change at Kyoto (and later Copenhagen) creating significant new problems for the original G7 group of nations, which had become the G8 with the inclusion of Russia in 1994.

By 2007 China, India and Brazil were invited as "observers" to G8 meetings and, in the height of the financial crisis, when it was clear that any global response or collaboration was meaningless without the support of China and the other BRICs, the G20 was formed in September 2009. As President Obama acknowledged at the time: "Today, leaders endorsed the G20 as the premier forum for their international economic co-operation. This decision brings to the table the countries needed to build a stronger, more balanced global economy, reform the financial system, and lift the lives of the poorest". China appears comfortable, indeed actively supportive, of a "multipolar" global system despite their inevitable accession to the position of the world's largest economy, an event that is likely to take place within the next 15 years. China's challenges, issues and problems are internal, not external, and whilst they will keep one eye on global issues, their short and medium term focus is on the internal process of urbanization, industrialization and wealth creation for their 1.3 billion people. It would be wrong to think that the reform of the global economy is as high on China's priority list as might be gathered from reading the western media. So, what are China's priorities? The answer to this question can be found by reading the 12th Five Year Plan which covers the period from 2011 to 2015 and sets out their core strategies, which I believe can be summarized as follows: Going West - the transformation of their western provinces and cities into modern, prosperous and new centers of excellence, focusing on the progressive industries of the 21st century (IT, biotech, high value manufacturing) and a cleaner, sustainable environment for their increasingly urban population. Going Green - continuing investment and commitment to the development of clean technology, renewable energy (hydro, nuclear, solar, wind, biomass and more efficient use of coal and existing energy sources) and clean energy vehicles so as to reduce their dependence on fossil fuels and rapidly improve the environment. Going Out - continuing the process of diversifying their short and long term assets from the accumulation of US Treasury Bonds to acquiring real corporate assets in overseas markets. Whilst this process started with the pursuit of mines and resources in Africa, Australia, Russia and other resource-rich countries, the priorities are changing with new emerging sectors (e.g. IT, high value manufacturing, agriculture, wine, education) creating new opportunities for foreign companies to participate in China's industrial revolution and nation-building activities. This was originally posted on www.chinausfocus.com.