'USMCA is the most important deal we've ever made by far’
US President Donald Trump read more
Our new e-magazine is OUT NOW. Click here to read.
REGISTER ADVERTISE
SUBSCRIBE TO OUR FREE NEWSLETTER
PUBLISHED | DECEMBER 11, 2009
COMMENTS | NONE
Tweet

Changing our thinking on climate change 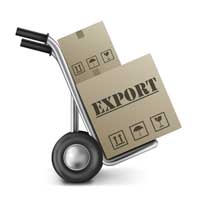 I can't help thinking that we're all getting it wrong on climate change. By saying this, I'm not questioning the science (I'm not a scientist), the politics (I'm certainly not a politician!) or the sentiment (I think its right that we're trying to do something about global carbon emissions). I just think that, by taking the 'top-down' holistic approach to the problem, the developed world is condemning itself to decades of argument, debate and disagreement about the most effective response to climate change. Surely, we could make more progress by working with developing countries (e.g. China and India), drawing on our history, experience and expertise in combating pollution , and work with them to fix some of their shorter term and more immediate problems? Apart from having more chance of success, I believe this approach will also create many interesting business and investment opportunities as the cost of environmental protection will run into many billions, if not trillions, before we've finished! It seems that we've completely forgotten that, in the early 1900s, when Britain was enjoying the latter stages of its own industrial revolution, the City of London and other parts of England were highly polluted. The Great Smog of 1952 in London killed 8,000 people over five days in December 1952 - at least 4,000 people died in London as a result of smog trapped in a thermal inversion - an event which brought about England's Clean Air Act in 1956. Even today, as you look out over London's skyline, you see rows and rows of chimneys which haven't seen a coal fire for 50 years! In the 1940s, air pollution received even greater attention in the United States when smog became a problem in Los Angeles, with poor visibility and people suffering from "smarting eyes, respiratory discomfort, nausea, and vomiting". California passed the first state air pollution law in 1947, and the first National Air Pollution Symposium in the United States was held in 1949. The US Federal Government began efforts to control air pollution in the 1950s with the passage of the Air Pollution Control Act of 1955. This was the first federal air pollution law, and it mandated federal research programs to investigate the health and welfare effects of air pollution. Its very easy for the developed world to point the finger at the BRIC countries (Big Rapidly Industrialising Countries, particularly Brazil, Russia, India and China) of the world and tell them to take action on climate change. Wouldn't we be better to admit that we started the problem, have worked hard to deal with it, and can now help them learn from our lessons and mistakes in addressing it for themselves? If you ask the average Chinese or Indian what they think about climate change, I think you'll find that they don't see this as their problem in the same way that we didn't see it as ours in the early 1900s. What they do care about though is having access to clean air and clean water, as this directly impacts on their health, lifestyle and quality of life. In the developed world, we have passed many laws, developed many new technologies and implemented new processes, systems and ideas which have directly addressed the problems of pollution. Let's work with the BRICs to improve their environments and allow them to avoid some of the mistakes we made as we went through our own industrialisation in previous centuries. It took us over 100 years to sort out these problems - surely, with all of our experience and know-how, we can offer practical, effective and dynamic solutions which can turn things around in a fraction of this time? By taking more of a 'bottom up' approach, and improving the quality of life for individuals and families, we can appeal directly to the interests of the emerging middle classes and provide their governments with the political will to work with the rest of the world to reduce carbon emissions, develop new sources of renewable energy and combat the effects of climate change. I am certain we can make faster progress this way than by trying to solve the problem with a global emissions trading scheme.