'USMCA is the most important deal we've ever made by far’
US President Donald Trump read more
Our new e-magazine is OUT NOW. Click here to read.
REGISTER ADVERTISE
SUBSCRIBE TO OUR FREE NEWSLETTER
PUBLISHED | SEPTEMBER 6, 2012
COMMENTS | NONE
Tweet

An article in defence of economics 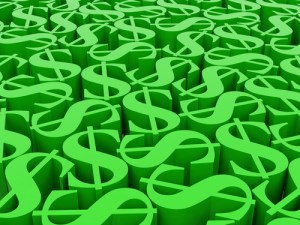 Blogger Tim Harcourt writes in defence of the much maligned subject of economics. My publisher once told me adamantly, "Economics doesn’t sell." I was gobsmacked. "The subject that tells us all about supply and demand and how to run a business or a household doesn’t make a quid? How could that be?" I asked. "Well, you see, my friend," he explained, "it’s the dismal science." Not to be deterred I looked up the origins of this term to see whether it was an albatross around the neck of economics and its popularity. In my voyage of intellectual discovery I found some myths and realities about economics and how it has been perceived. The British historian Thomas Carlyle first used the words "dismal" and "economics" together in 1888 in his debates with the Quakers and Baptists - the ‘Exeter-Hall Philanthropists’ - who called for emancipation of black slaves in the West Indies and whom he feared would be worse off as free people under the laws of supply and demand, as had happened to free agricultural labourers in Ireland during the famine. Carlyle is reported to have said of economics: "Not a ‘gay science’ I should say, like some we have heard of: no, a dreary, desolate, and indeed quite abject and distressing one, what we might call, by way of eminence, the dismal science." As a result, several myths about economics developed. Some are still hanging around today, like a dead cat, stinking to high heaven. Myth one: Economics is not ethical. It’s all about how to be selfish. Hence the term ‘homo economicus’ to describe rational decision-makers pursuing their own ends. Or as my grandpa, who was a professional punter at Randwick, used to say: "Always back the horse called ‘self-interest’, it doesn’t always win but you can guarantee it will be a trier." However, the real story is more complicated. Early political economists were moral philosophers. Adam Smith’s The Theory of Moral Sentiments was in some ways a much more important treatise in the early development of economic thought than his The Wealth of Nations. Smith, as a moral philosopher, was interested in ethical behaviour and what was better for society as a whole. In fact, in Australian economics today, many of our leading thinkers such as UNSW’s own distinguished emeritus professor, John Nevile (after whom my fellowship is named) and the likes of Ross Gittins (the son of a Salvation Army chaplain) have strong ethical and religious roots. On the other hand, some economists, of the neoclassical variety, take a different tack.  For instance, Milton Friedman, the best known member of the Chicago School, once famously said: "The only ethical obligation of a business is to make a profit." So the debate rages on. Myth two: Economics is not accurate. Many of the natural scientific community have sneered at economics for ‘not getting its forecasts right’ and make the famous joke about ‘when you get four economists in a room you get five answers’. This seems to forget that economics is one of the social sciences, predicting human behaviour, rather than ‘hard’ science. Of course, economists themselves have tried to make the discipline more ‘hard’ and mathematical. The risk? Rather than a rich man’s sociology it’s become a poor man’s mathematics. Or maybe economists suffer from "physics envy"? Myth three: Economics is dry. You hear this all the time. Well it’s a difficult subject, but dry? Whether it’s the economics of being a child, growing up, getting a job, getting married or working out super, economics is about everything that touches our lives. As the Cambridge economist Alfred Marshall said, "Economics [is] the study of mankind in the ordinary business of life." Myth four: Economics won’t get you a job. When I was at university economics was deemed "too risky" and everybody was advised to do accounting as a "fall back". Two decades of full employment later I have found economics to be a means to a number of very stimulating and interesting jobs. Furthermore, I have found that many of my colleagues at Austrade, DFAT, the ACTU and in the private sector ‘secretly’ have economics degrees but didn’t tell people they were economics graduates (at Austrade I was the only one ‘out of the closet’, so to speak as the ‘chief economist’, a step up from my high school drama The Wind in the Willows in which I played the ‘chief weasel’). In many professions with a business dimension - accounting, politics, journalism, marketing, engineering or general management - economics is a useful discipline to have. Myth five: Economics books don’t sell. Well we are no Stephen King or JK Rowling but we economists have actually done OK here. In fact, my own publisher had a change of mind, after he saw the success of Freakonomics (a collaboration between Steven Levitt and the author Stephen Dubner) and told me to, "Hurry up and get that manuscript finished." There’s also Gittins’s The Happy Economist, John Quiggin’s Zombie Economics: How Dead Ideas Still Walk Among Us, Disconnected by economist-turned Labor MP Andrew Leigh and the new contribution by Jessica Irvine titled Zombies, Bananas and Why There are no Economists in Heaven: the Economics of Real Life. In fact, my publisher (Allen & Unwin) is the publisher of most of these titles and has become a ‘true believer’. So economics does sell, and in the words of the famous British economist James Meade: "We used to be called the dismal science, but now we are known to be gay." Maybe there is a happy and colourful future for economics after all.