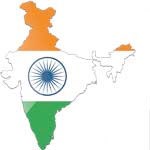 As 2010 comes to a close, it's time to reflect on the events of the year that affected Australian exporters. These five, in no particular order, have been chosen for the breadth of their impact although direct effects on exporters have varied.

Two attacks on Indian students in Melbourne, seemingly racially motivated, threatened to curtail this multimillion-dollar industry in a significant source market. However, it was not just education, Australia's third largest export and our highest value service export, at risk. Australia's image in India was at least temporarily tarnished as this issue, unresolved since 2009, increased in profile. Diplomacy was in full force as former acting Prime Minister and Minister for Education Julia Gillard, and acting Minister for Foreign Affairs Simon Crean, met with their Indian counterparts to ease tension.

In 2009, Chinese authorities arrested detained four Rio Tinto employees, including Australian executive Stern Hu, for five weeks before formally charging them with commercial bribery and trade secrets infringement. Hu attended a closed trial in March 2010 and accepted the Chinese court's 10-year sentence. The sentence came as a warning for exporters to avoid corrupt practices when doing business in China, particularly in the resources sector, which is Australia's biggest earner in China.

The resources sector came out in force against the Henry Tax Review suggestion that the sector pay 40 percent tax on its so-called 'super profits'. The Federal Government decided to adopt the suggestion and the industry spent millions in a nationwide advertising campaign in protest. Economists believe the tax will curb some investments and affect mineral exports, which may have a trickle-down effect in the wider economy.

The Australian dollar reached parity with the US dollar in mid-October after months above US80c and US90c. The weakness of the US economy, in addition to flailing markets in the UK and eurozone (particularly Portugal, Ireland, Greece, Spain), boosted the Australian dollar in global markets, and threatened to chew at exporters' margins. Competing on a lower dollar is no longer an option for exporters as near-parity is predicted to continue well into 2011.

An ash cloud created by the eruption of Eyjafjallajökull, the Icelandic volcano most found difficult to say and spell, interrupted much of Europe's airspace for five days in April. Airlines had to deal with thousands of stranded passengers and airfreight routes had to be re-routed or delayed. Let's not forget natural disasters in Haiti, China, and Pakistan, the Gulf oil spill, and the US Department of Homeland Security's Transportation Security Administration body-scanning controversy added to the mix. On a domestic front, Virgin Blue suffered a system crash that saw several planeloads of passengers stranded in September.

But it wasn't all bad. Exporters started the year with a larger backyard market thanks to the ASEAN-Australia-New Zealand Free Trade Agreement (AANZFTA). Australia's foray into China at the Shanghai World Expo and as country of honour at the China International Small and Medium Enterprises Fair was also successful, and we also launched a nation brand, Australia Unlimited, as distinct from our tourism campaigns. Not that we forgot about tourism, which received a lot of attention in December when US talk show host Oprah Winfrey decided to visit for her last show, Oprah's Ultimate Australian Adventure, bringing an entourage of 302 dedicated audience members and employing hundreds of US and Australian staff. Organised by Winfrey's Harpo Productions in conjunction with Tourism Australia and local airline Qantas, the tour will be televised in January 2011. What events rocked your exports in 2010?