‘UK wine exports are at their highest level in a decade’
Rachel Triggs, Wine Australia read more
Our new e-magazine is OUT NOW. Click here to read.
REGISTER ADVERTISE
SUBSCRIBE TO OUR FREE NEWSLETTER
PUBLISHED | JUNE 16, 2009
COMMENTS | NONE
Tweet

Opportunities for exporters in a recession 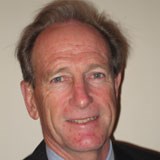 Despite hard economic times, opportunities still exist for exporters. The tales of businesses downsizing and demand falling have become familiar ones as we move into a year which is very different to 2008, faced with the GFC (Global Financial Crisis). And now we are also faced with the R word. A short survey the Institute ran recently indicates that many local businesses are facing a contracting export order book. However the response is varied across the board, with   some industry sectors doing particularly well and finding demand increasing. The demand for payment protection for export payments has certainly spiked. The traditional Documentary Letter of Credit, which had moved out of favour as too cumbersome over the past decade, has had a resurgence. It may be a bit cumbersome but it adds a bank guarantee to the buyer’s promise to pay. And with many overseas banks seeing their ratings drop, there is also an increased demand for confirmation by exporters (a guarantee on the buyer’s bank, generally given by the sellers bank). In tandem, the interest and enquiries for export credit insurance have also spiked, while insurers are reducing their exposure in some industry sectors in the face of increasing claims. Of course this increase in demand and the higher risk profile of both banks and buyers has led to an increase in prices and premiums. So with a slowing demand in traditional markets, and the higher cost of protecting payments,  it’s very easy to focus on doom and gloom, and not look for the opportunities . Against that backdrop, a very interesting seminar run by the Institute recently focused on the opportunities in the BRIC economies (Brazil, Russia, India and China).  As noted by the keynote speaker, David Thomas of Think Global, the BRIC economies are apparently investing heavily in infrastructure development to move their economies along, providing opportunities for both domestic and international firms in design, engineering and construction. The BRIC countries were also not so directly involved in acquiring the now referenced  "toxic assets", and had not seen the same level of asset inflation and consumer borrowing as in the developed west. Accordingly, the argument goes, they should pull out of the global downturn sooner, and with large populations that leaves a sizeable consumer market to approach. Together the BRICs hold 41 percent of global foreign exchange reserves, so they are not short of finance. Other positive news is the recent signing of a Free Trade Agreement with Chile, which as a gateway into South America is a wonderful new opportunity; certainly an opportunity our miners and mining service companies amongst others, are looking to explore. And on 27 February 2009, the signing of the AANZFTA took place in Thailand. The agreement brings Australia and New Zealand closer to our neighbours in the region. ASEAN (Association of South East Asian Nations) comprises Burma, Brunei Darussalam, Cambodia, Indonesia, Laos, Malaysia, The Philippines, Singapore, Thailand and Vietnam. In terms of coverage, it's the largest FTA Australia has ever negotiated, covering 16 percent of Australia's trade in goods and services, worth $71 billion. The combined population of the ASEAN countries is some 570 million, so it represents a sizeable market. So focusing on the opportunities is certainly the way forward. That’s not to say that a level of caution is not warranted. These countries will also be subject to financial buffeting, but with a sensible approach there may be amazing potential for our exporters across a range of Industries in these markets. The demand for quality food, good education, health care and increasingly environmental solutions will continue even through the downturn. Many of today’s major corporations were founded in times of extreme difficulties or during great wars. So when the going gets tough, we know what good Australian exporting businesses will be doing. -Peter Mace is the general manager of the Australian Institute of Export