‘UK wine exports are at their highest level in a decade’
Rachel Triggs, Wine Australia read more
Our new e-magazine is OUT NOW. Click here to read.
REGISTER ADVERTISE
SUBSCRIBE TO OUR FREE NEWSLETTER
PUBLISHED | NOVEMBER 26, 2010
COMMENTS | NONE
Tweet 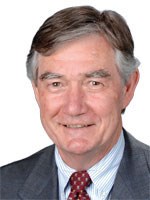 In recent times there has been a considerable debate and discussion on free trade. People are questioning whether the bilateral trade agreements entered into over the last six to eight years have borne fruit and if now is the time to focus our attention on multilateral agreements. Treasury has been quoted as saying that current approaches to preferential free-trade agreements "are not meeting Australia’s needs" and cites the Productivity Commission in saying it "has found that potential benefits of the FTAs under negotiation have been oversold and the negatives largely ignored". At the same time the new trade minister Dr Craig Emerson when speaking at a recent export services function said, "Call me a traditionalist-or call me an economist-but it’s my view that the biggest potential gains from trade liberalisation arise from non-discriminatory multinational arrangements." Dr Emerson goes on to say, however, "If a regional or bilateral deal genuinely contributes to multilateral trade liberalisation then it can be a deal worth having." Clearly almost everyone you speak to agrees with the Minister, and probably questions some of the agreements already in place and some of those currently under negotiation. But let’s not underestimate what’s been achieved. The CER agreement between Australia and New Zealand has stood the test of time and has often been described as the purest of agreements ever struck. The AUSFTA, with the exception of sugar, is without question an excellent example of what can be achieved and it can be argued that NAFTA played a significant role in pushing the US into greater trade liberalisation and, most importantly, contributed positively to the successful conclusion of the Uruguay Round. Dr Emerson went on to say, "But if a bilateral or regional deal inhibits global liberalisation by shutting non-members out of markets, then it can easily be against the interests not only of the world but of the parties to the agreement by increasing the cost of goods and services in those countries beyond those available through full international specialisation." And that’s true, buts let’s not underestimate two key facts. The first is that the average tariff rate in Australia is only about 1.7 percent-not exactly high like those of the past-and that most agreements are with high-cost countries, not those competing with low-cost emerging nations.

To round it off Dr Emerson went on to say, "With our trading partners negotiating preferential agreements among themselves, the Government has a responsibility to ensure our exporters are not disadvantaged." And that’s exactly the point. We have to be competitive. Our first priority has to be the Australian exporter. When it comes to trade agreements, export assistance programs or funding government trade agencies, the people out there travelling the world, fighting a rising dollar and the GFC to get sales, have to come first. Nobody will argue that the endgame is Doha, it goes without saying. But one cannot escape the fact that discussions started nine years ago, not yesterday. One also cannot escape the fact that WTO is now made up of 155 countries and if we thought Copenhagen was tough, Doha isn’t going to be any easier. In the interim what’s best for our exporters are two things: first is a good outcome to the current agreements under negotiation particularly the Trans Pacific Partnership (TPP) agreement. If this FTA stays on track it looks like being a comprehensive, high quality regional agreement that will coexist with current FTAs including AUSFTA, Chile and AANZFTA. Certainly our colleagues at DFAT, who, I should add, work exceptionally hard on these agreements, are very confident. Second is better communication of the benefits of existing agreements and, for that matter, more emphasis on updating the export community on the status of agreements under negotiation. I’m not surprised that research shows a lack of support or interest. Frankly exporters don’t really know what’s in it for them and intermediaries like freight forwarders would not have a clue. The Government simply needs to spend more money and find better ways of keeping the market informed. Let’s not gild the lily here, things are tough for exporters. They want greater access to markets, a less complicated, more transparent regulatory environment and if lower tariffs come with that they will take them too. But improved access through lower trade barriers is a necessary-not sufficient-condition for export success. New exporters also need confidence in the Export Market Development Scheme, which sadly is well and truly broken. (The $27,500 first tranche payment for 2009-10 has killed that confidence stone dead and only the Gillard government can fix that, and fix it they must.) And they want a trade agency that’s world’s best practice in providing offshore support. A lower dollar too would help, but nobody expects the impossible. -You may wish to follow us on Twitter, using the handle @aussieexport