‘Beginning to export can be challenging, but there are massive opportunities for Australian firms’
Karen Andrews, Minister for Industry, Science and Technology read more
Our new e-magazine is OUT NOW. Click here to read.
REGISTER ADVERTISE
SUBSCRIBE TO OUR FREE NEWSLETTER
PUBLISHED | DECEMBER 22, 2017
COMMENTS | NONE
Tweet

Why you should include Europe on your export radar 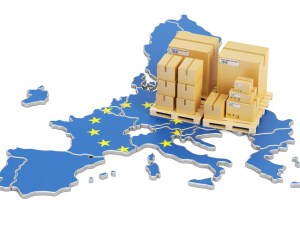 When there are large economic powerhouses like BRIC (Brazil, Russia, India and China) and the US available to do business with, why should your organisation consider exporting to Europe?

A good question to ask as there are many arguments in favour of moving to the European market.

The European Union offers access to a market of 28 countries and, as of January 1, 2014, represented a population of 507 million people. Just because you sell to one European country doesn’t necessarily mean that you’ll automatically be in a position to sell to all of them.

If you operate within the high-tech space, you will find that Europe is a good market for business, as it has the capacity to buy highly innovative technology for a premium.

Of the top Fortune 500 companies, more than one hundred are Western European companies – the top ones being petrol companies and banks.

Most of the countries with the world’s highest-purchasing power are located in Western Europe and many large industrial multinationals (for example, Bayer, Siemens) have their headquarters there. These multinationals are found around the globe however, the major decision-making power resides within their European headquarters.

Even if a European company buys your product outside Europe, it always gives you better leverage and improves your sales and marketing prospects to inform the European headquarters, or head-of-division about your products and/or services.

Companies have secured contracts with such companies in a number of countries after signing a deal in the multinationals European home country.

The fact that small and medium-sized Australian companies have successfully exported to the European market is proof that their products have real ‘value-add’.

They have been able to demonstrate that their product or solution is unique and that they have found their market niche. This indicates long-term success for any small business, it is never a total certainty and it still involves continuous and relentless hard work.

For a small high-tech business, success in Europe is proof that your business is rock-solid.

Beyond the obvious benefits of increasing your sales profits, the process of exporting to Europe and all its associated challenges is very valuable for growth for a small business.

Europe is quite open to doing business with non-European companies. My clients and I have never suffered rejection because their company was not European.

In fact, I have been instrumental in introducing several Australian companies to the European market. According to the Pocket World in Figures, Edition 2015 (published by the Economist), Germany, Netherlands, France, United Kingdom, Italy and Belgium were among the top 15 biggest traders of goods in 2013.

Generally speaking, an essential consideration for any small high-tech business is that its products, designs and logos are not copied. In this regard, intellectual property is well-respected and valued in Europe.

European countries are very willing to fight for the protection of the intellectual property of their companies.

Nevertheless, you should remain on your guard and follow the usual channels to protect your intellectual property.

Christelle Damiens is the managing director of Exportia Australia and the president of Exportia France. She has been Foreign Trade Adviser appointed by the French Prime Minister, between 2009 and 2012.Exportia assists Australian SMEs to successfully export their technology to Europe.