‘UK wine exports are at their highest level in a decade’
Rachel Triggs, Wine Australia read more
Our new e-magazine is OUT NOW. Click here to read.
REGISTER ADVERTISE
SUBSCRIBE TO OUR FREE NEWSLETTER
PUBLISHED | JULY 31, 2016
COMMENTS | NONE
Tweet

What is Globalisation and what does it mean for Australia? 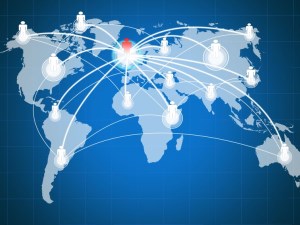 The endless media coverage and constant government reminders that we are in the midst of an era of globalisation understates the reality that today, Australia is in fact transitioning through five simultaneous economic globalisations.

Such a combination of challenges, changes and transitions are without precedent in modern history. Navigating through them with a first world standard of living still intact is the challenge we face in Australia. The outcome is far from certain.

What are these five “globalisations”?

The first and most public is the international transplanting of jobs and movement of capital under the generic headline of free trade.

In modern historical terms the first attempt at globalisation was fostered and encouraged by Britain from the late 1800s but was disrupted by the First World War, the rise of the communist nation state, the great depression, the Second World War and then the capitalist/communist cold war which notionally divided the world into two blocs.

When the communist nation states failed in the late 1980s and early 1990s the globalisation theme was resurrected under American sponsorship. Unifying the globe into one vast trading bloc was among the objectives of this globalisation.

The challenges were and still are immense and the rush to achieve quick outcomes has had and will continue to have its consequences.

The western capitalist nations were so far ahead of the Russian Soviet communist part of the world and those in its orbit that these new entrants to the world economy had little to offer the advanced nations other than cheap labour, a surplus population and some raw materials.

Globalising between nations of similar living standard and purchasing power does not work out the same way when joining together in trade two nation’s where one has almost none or very little purchasing power and nothing else of value to offer.

The western nations own the technology, the brands, the finance and the know-how as well as distribution channels and an infrastructure of trade invisibles such as insurance and international capital conduits. The disparity is immense.

It has been by the west “giving” its jobs and know-how to the developing world as a preferred way of prosecuting globalisation that the globalisation ideology has been pursued.

Even so, the cost of such policies may very well have exceeded the net benefit. The next level of technological evolution in the west was partially lost and squandered as western business found transplanting western jobs to poorer economies with large surplus populations was much easier for making out a bottom line than the harder work of innovation, organisational development and training at home.

The second globalisation is the pursuit of national economic efficiency (at a nation state level) with ongoing attempts to ensure everybody is a worker and consumer. The underlying assumption being the most economically efficient socio-economic model is where every adult citizen is working and consuming. Perhaps ironically such social ideology is remarkably similar to communist economic orthodoxy.

Whether such a social structure is efficient beyond one-off gains or simply pushes the problems, costs and vexations of chasing productivity improvement onto the citizenry such as a college education being near mandatory and at the workers’ expense. Simply disbursing or moving costs onto the population or dispersing costs elsewhere in the chain is not a net or overall gain in efficiency and should not be heralded as such.

This aspect of a worker/consumer society requires considerable social engineering in terms of family structure and gender relations in which western Governments are direct and active players selling such to the public as a benign program for social equality.

The third globalisation which follows on directly from the second; A worker/consumer society cannot replicate itself through domestic procreation. Thus to create population growth or even population stability a large immigration intake is required.

As the surplus populations of the planet are heavily concentrated in the developing world these areas become the primary source of immigrants. High levels of immigration are sold to the public as a response to an alleged skills shortage.

The fourth globalisation is to do with the western world’s re-engineering of society along lines of gender, race and minority group inclusion. All of the “inclusions” occurring simultaneously.

An everybody works/consumes society must by definition be 100% inclusive if it is to realise the imagined efficiencies it aspires to.

Reengineering any society for this sort of mass economic inclusion while changing family structures, attitudes to minority groups and a large immigration program requires substantial Government involvement in people’s lives; deciding what they think, what they say and the personal gender and race relationships between economic players at the micro or individual level.

The potential benefits of a society where all people from all races, genders and social orientations can freely move about, come and go working, producing and consuming are as immense as such a society would be unique.

Yet the cost and bureaucratic intervention needed in pursuing such a nirvana is as huge as the undertaking itself and the presumed net benefits and collateral damage not yet clear.

The Fifth globalisation relates to the process of the western economies and particularly the English speaking economies losing their primacy in world geo-political affairs.  Even today with just 7% of the world’s population the English speaking economies still represent almost one quarter of world wealth. This relativity is unlikely to last as world wealth is currently on a trajectory to equalisation where population mass gradually becomes representative of national wealth.

To many the causes of western wealth are due to, inter alia, democratic political stability, social organisation, employment of advanced technology, widespread literacy/numeracy, advanced infrastructure, contract law, private ownership and courts of law and so on.

Yet to others, particularly nationalist groups among the newly developing economies the ascendancy of the west that began in earnest from the late 1500s and became almost irrevocable by the mid 1700s is nothing short of an humiliating outrage.

Similarly, to some it was an aberration or historical anomaly that must soon be corrected and purged. To yet others the west is both morally and spiritually inferior and while the west enjoyed a historical temporary technical superiority over all others, its time the west was put in its place.

To some of those from the poorer sections of the developing world the west offers economic opportunities they aspire to.

Throughout history nations or regions acquiring first world wealth or pretensions of such want, expect and demand overt demonstrations of respect from those already in the first tier.  Without fail they go to war to get it. This applies to the ancient kingdoms of the Middle East, Rome/Carthage, Athens/Sparta, and Britain/France up to early 1800s, Germany following federation.

It is not impossible to conceive a future world where English is not the worlds business language, where the calendar will not be as we know it today. However, this globalisation plays out in the future the changes to world geo-politics are likely to be profound and no less so in the Asia-Pacific region.

The views, attitudes, training and focused mindset of the Australian political and business establishment will need to be cognisant of these globalisations and develop ongoing plans for managing them.

A first tier economic status for Australia is not guaranteed and the future is ever uncertain.

David Gray is lead consultant at BizTechWrite suppliers of Geo-political research, white papers, studies and reports. David can be contacted on 0458 701 990 or biztechwrite@gmail.com