'USMCA is the most important deal we've ever made by far’
US President Donald Trump read more
Our new e-magazine is OUT NOW. Click here to read.
REGISTER ADVERTISE
SUBSCRIBE TO OUR FREE NEWSLETTER
PUBLISHED | NOVEMBER 13, 2016
COMMENTS | NONE
Tweet 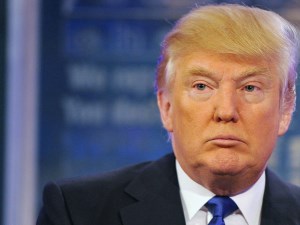 With many investors wary of a Donald Trump presidency and potential protectionist policies, financial markets were at first rattled with the news.

The US dollar index slid 1.9% when the results in Pennsylvania were announced and equity markets all over the world tumbled.

Nevertheless, Trump’s conciliatory tone for his first speech as elected-president initiated a quick recovery on the market.

After the first day of trading since the results, the negative impact and “flight to safety” unwound as investors digested the implications of a Trump presidency.

Yet, nervousness should increase volatility on the market in the next few days and keep luring investors into supposed haven assets such as the Japanese yen or gold, predicts Coface, a global leader in credit insurance and risk management.

In a briefing note in the aftermath of the recent US election Coface outlines the economic risks now facing the US and world markets.

“Even with both houses of the Congress controlled by the Republicans for, at least, the next two years, Trump will struggle to pass certain reforms through Congress as many Republicans expressed reservations on Trump’s protectionist stance,” notes Coface.

The Senate will remain one real check on Mr Trump’s power as most Senate business requires a supermajority of 60 votes to cut off debate.

To properly assess the economic impact of a Trump presidency, one should consider if his commitments are deliverable, says Coface.

Trump plans to cut both individual and corporate taxes. This is strongly supported by the core of the Republican Party and should be passed within the first months of his presidency.

According to the Tax Policy Centre, Trump’s tax plan is could increase public debt to GDP by 80% in the next 20 years.

Trump is expected to repeal Obamacare – because it caused higher premiums, less competition and fewer choices – quite rapidly after he has been sworn into office on January 20, next year.

“Proposals to replace the current healthcare system were, as often in Trump campaign, vague and, hence, internal division might emerge,” notes Coface.

And the pledge to increase the federal minimum wage from $7.25 to $10 an hour is breaking with the Republican orthodoxy and could adversely affect US businesses’ competitiveness. Its implementation seems unlikely.

“With Trump, failure looms for trade deals undergoing negotiation. Facing major headwinds, both the Transpacific Partnership (TPP) and the Transatlantic Trade and Investment Partnership (TTIP) negotiations should be halted if not abandoned.”

However, he will probably face more domestic and external pressures not to scrap existing agreement such as NAFTA – a free trade agreement with Mexico and Canada.

Similarly, the 45% tariff on Chinese export could trigger a trade war and seems unlikely to be supported by the Party establishment.

“In both cases, it would be more likely to see the US making more use of enforcement clauses in existing agreement rather than imposing prohibitive tariffs and non-tariffs barriers.”

And Coface says it is difficult to gauge Trump’s credibility of the anti-immigration stance taken during the campaign.

Pragmatically, his key proposal to “build a great wall along the southern border” entirely paid by Mexico seems unrealistic.

Nevertheless, a tougher stance on immigration is still probable, even if it would erode long-term growth and corporate profit prospects further by pushing wages up, all the more since the labour market is already tight.

The election is expected to have an impact on the Fed Monetary Policy before Donald Trump is sworn into office.

With recovering headline inflation and improving reports on employment in the past weeks, an interest rate hike was expected at the next FOMC meeting on December 14.

Trump’s success marks a repudiation of political elites and enshrines a protectionist sentiment backlash in the wider population – similar to Britain’s decision to leave the European Union earlier this year.

In a context of slow economic growth, his nationalist, populist closed-border rhetoric appealed particularly to a demographically declining white America, says Coface. This is not confined to the US and is already evident across Europe.

The rhetoric that propelled the Republican nominee to the White House is gaining ground and might reflect a shift in Western World politics with candidates in position to gain electoral successes in the future in France, Germany and in the wider Europe.

Also, the success of President Rodrigo Duerte in the Philippines, compared to Trump, stresses that it would not be inconceivable to see this movement spread to other parts of the world as well.

The downside risk to the American and the world economy shall not be overlooked, warns Coface.

Coface predicts the US political uncertainty following Trump’s victory could result in a loss of up to 1.5 percentage points of GDP in the US after one year.