No longer is supply chain congestion the predominant cause for concern for Australian importers – instead, manufacturing is.
David Aherne, international freight forwarder read more
Our new e-magazine is OUT NOW. Click here to read.
REGISTER ADVERTISE
SUBSCRIBE TO OUR FREE NEWSLETTER
PUBLISHED | APRIL 21, 2015
COMMENTS | NONE
Tweet 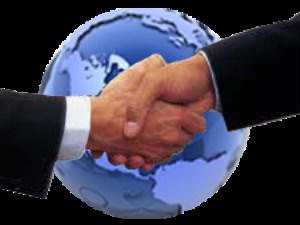 “We are very close, you can see the finishing line,” Mr Robb said in a recent interview on ABC Radio.

“It’s very complicated … there’s 12 countries, 40 per cent of the world’s GDP – we’re trying to get one set of rules across a huge area in our region.  It’s been a hugely complicated exercise but we’re getting very close,” he said.

Mr Robb says the US holds the key to a final agreement.

If US congress gives President Obama the authority to make the final decision, a deal could be finalised in the “next couple of months,” Mr Robb said.

But if it doesn’t happen the TPP could be delayed after the election of a new US president toward the end of the year.

Mr Robb was surprised at all the “heat” the TPP had generated in recent months.

“This is the first trade agreement done by either side of politics which has attracted such attention,” he said.

There have been “quite orchestrated and very deliberate campaigns to derail the negotiations.”

Mr Robb said much of the criticism, based on a perceived lack of transparency, was unfounded.

The extremely complicated process, involving “thousands of pages” in several different languages, could be expected to take four months before signing.

The TPP would then have to be submitted to the Australian Parliament for ratification.

“Everyone has 100 per cent access to all of the texts, Mr Robb said. “It goes to senate inquiries, it goes to treaty inquiries, there’s public hearings, it sits on the floor of the parliament for 15 days and it can be accepted or rejected.

“So there is a very deliberate and sensible process which has actually been exercised by both sides of politics.”

Mr Robb said the Labor Opposition is calling for the government to release text of all of the different agreements negotiated in the past 12 months – well before they have been finalised.

“That’s like going into a game of poker, and one side having all your cards on the table for the other person to see, Mr Robb said. “That’s exactly the case if you put all your possible negotiating positions on the table, then you can’t have a serious negotiation because you’re just being gamed all the time by those you’re negotiating with.”

“This thing (TPP) has been going on for four years – but in 15 months I would have spent now about 25 full days in negotiations,” Mr Robb said.

“That is quite apart from any time I’ve spent interacting with the community that’s helping us with those, and with my negotiators who have spent many, many more months than I have in the detailed negotiations.

“To suggest this is secretive and no one knows about it and no one sees the detail, it’s total nonsense and it’s just a scare campaign with people who have a different agenda.”

Mr Robb stressed he was seeking to get the best outcome possible for the benefit of the Australian community.

In a recent article in the Sydney Morning Herald, Export Council of Australia CEO Lisa McAuley and Stacey Mills-Smith, the ECA trade policy and research manager, said the scaremongering surrounding the TPP negotiations had outweighed the potential benefits of the agreement.

“Liberalisation of trade should preferably advance on a multilateral basis,” they wrote.

“However, in the absence of any foreseeable completion of the World Trade Organisation Doha round of negotiations, advances in the liberalisation of international trade must occur, by default, pursuant to regional, bilateral and other free trade or similar agreements.

What is the Trans-Pacific Partnership Agreement?

“TPP is a regional agreement currently being negotiated by Australia, Brunei, Canada, Chile, Malaysia, Mexico, New Zealand, Japan, Singapore, Peru, the US and Vietnam, they explain. “Negotiations commenced in 2010 and some believe the agreement will be concluded as early as mid-2015.”

Critics of the TPP have expressed concern regarding the Health and Pharmaceutical Benefits Scheme, IP protection, the inclusion of Investor-State Dispute Settlement provisions, privacy laws and the lack of transparency surrounding the negotiations.

However, the federal government has provided assurances that:

It is standard practice in international negotiations that the parties agree that draft negotiating texts should not be made public.

In accordance with the treaty making processes, there will be an opportunity for full public and parliamentary discussion prior to the government entering into any final agreement.

What does Australia stand to gain from the TPP?

“The potential gains for Australia are significant, with Australian exports to partner countries worth nearly $100 billion in 2012. Moreover, given more than 70 per cent of Australia's trade is with Asia Pacific, the TPP is going to support trade liberalisation throughout the Asia-Pacific region, creating a better trade environment for Australian companies and ultimately increase economic integration of Australia into the region.

“The TPP will provide preferential access to three new markets Australia does not have free trade agreements with, namely Canada, Mexico and Peru. It also provides an opportunity to improve current levels of benefits occasioned under our existing FTAs with countries who are also party to the TPP. There has been some criticism our current FTAs have not gone far enough and the TPP agreement provides a welcome opportunity for Australia to negotiate improved outcomes.

“Generally, the agreement will result in fewer barriers for Australian exporters of goods and services and Australian investors and improved supply chains. As a result Australian consumers may benefit as a result of reductions in customs duties being passed on as well as, presumably, more ready access to a wider variety of goods in a more efficient manner.

“Importantly, the TPP is hoping to address new trade issues not previously addressed in trade agreements of this nature. These issues include a focus on outcomes for SMEs, strengthening regulatory coherence, the promotion of economic development, and the promotion of transparency of new laws and regulations.

“Ultimately, the federal government is seeking an outcome that reduces or eliminates trade and investment barriers in partner countries, securing new opportunities for Australian businesses to compete and sell their products abroad, facilitating greater trade flows.

“This is vital to the Australian economy as trade is a key driver of jobs, innovation and long term prosperity.

“By creating commonly agreed rules to trade in goods and services and promoting transparency, the TPP opens up new trade and investment opportunities for Australian businesses in the region.”