'USMCA is the most important deal we've ever made by far’
US President Donald Trump read more
Our new e-magazine is OUT NOW. Click here to read.
REGISTER ADVERTISE
SUBSCRIBE TO OUR FREE NEWSLETTER
PUBLISHED | MARCH 5, 2016
COMMENTS | NONE
Tweet 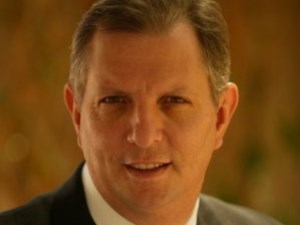 The Trade Legislation Amendment Bill 2016, which is now before the Senate, proposes several key changes for exporters applying for funds under the Export Market Development Grants scheme. EMDG Consultant John Taylor says the Bill will disadvantage many exporters in its current form. Mr Taylor explains why urgent amendments are needed …

The Trade Legislation Amendment Bill (No.1) 2016 seeks among other things to remove the ability for applicants to claim export market development Communication expenses.

It also proposes limiting claims for the provision of export trade samples and in doing so limits the Benefits to Australia that are the object of the Export Market Development Grants Act 1997.

There are compelling reasons to amend this Trade Bill.

The Trade Bill was tabled in the House of Representatives on February 10 and is currently before the Senate.

Specifically, the purpose of this bill is to amend the Export Market Development Grants Act 1997 (the EMDG Act).

On the same day this Trade Bill was tabled in the House, the then Trade Minister, Andrew Robb, announced he would step down as Trade Minister at a time to be determined and that he would retire from political life at the next election.

Mr Robb joins the current exodus of individuals from the Parliament – do they all know something we don’t?

Mr Steven Ciobo was last month appointed as the new Minister for Trade and Investment and the Minister responsible for the passage of this Trade legislation through the Parliament.

The amendment provisions of the Bill give effect to several key recommendations resulting from the 2015 Review of the Export Market Development Grants (EMDG) scheme conducted by prominent businessman Mr Michael Lee late last year. It also makes several minor policy and technical amendments designed to improve the operation of the Export Market Development Grants Act, and to make changes designed to deliver savings to align the scheme closer to its budget. The changes proposed in this bill also change the name of the Australian Trade Commission to the Australian Trade and Investment Commission.

Schedule 1 of the Bill contains eight amending provisions, two of which and as stated earlier, are in my view controversial when considered from an exporter’s perspective. Notably these amendments are not intended to apply to EMDG applicants claiming expenses for Grant Year 2015-16. Arguably these two amendments reduce red tape for the applicant and or EMDG Grants Consultants' such as me. Yet I remain opposed to these two changes in their current form. The remaining six provisions are in my view and on balance reasonable and do improve the operation of the Export Market Development Grants Act.

Schedule 2 of the Trade Bill concerns the name change.

In my view the first two amending provisions as listed in numerical order below limit the “benefits to Australia” that are the primary objective of the EMDG Act.

The first removes financial support on specious grounds. The second limits export market development activities by placing a limit on free samples, restricting the freedom of Australian exporters to choose how they promote their products to overseas markets or put another way limits financial support available for those exporters who rely heavily on free samples to develop their export markets.

The eight amending provisions are as follows:

2. Place a limit of $15,000 on the free sample expenditure category, noting that for claimants that are combining two years of expenditure, and one of these years is the 2015-16 financial year, no limit applies

3. Describe the promotional literature or other advertising expenditure category so that it mentions literature or material in electronic or any other form

4. Repeal the provision allowing for the reimbursement of in-country travel (other than air fares) and change the amount of the daily allowance for overseas visits from $300 to $350

5. Add to the list of excluded expenses those relating to eligible promotional activities, things or eligible products that the CEO of Austrade considers may have had a detrimental impact on Australia’s trade reputation.

6. Permit Austrade to direct funds from other sources towards EMDG administration costs.

7. Remove the requirement that the independent review of the scheme is to be conducted with a stipulated commencement date for the specific purpose of making recommendations about the continuity of the scheme. Instead, set the date by which the next review is to be completed and that later review completion dates are to be determined by the Minister

8. Amend the definition of a grant year, which is currently up to 30 June 2016, so that the scheme can continue beyond that date.

Due to these concerns I have taken the initiative to actively lobby the Parliament advocating the following amendments to the Bill:

The Trade Bill is subject to exemption from the bills cut-off order.

This means a Senator would need to seek an exemption from the effect of Senate Standing Order 111 so as to debate the Bill in the current sitting period.

As I understand events, the Government and for that matter all stakeholders are very keen for this Bill to pass though the Parliament before the end of the current sitting period with a view to giving Australian Exporters certainty that the scheme will continue beyond the 2015-16 Grant Year (FY 2016-17).

The current EMDG Act would expire as of June 30, 2016 (due to sunset clause) if the Trade Bill were not to pass through the current Parliament by June 30.

The scheme has enjoyed a “kind of bipartisan” support throughout its 40 years history.

Both major parties support the scheme in principal and have disagreed about the focus and funding of the program. With the possibility of a double dissolution election hanging over all our heads things could get very interesting in this space.

Hopefully sufficient debate will ensue such that the Bill is subject to the appropriate scrutiny by the Parliament before it expires on June 30.

My proposed amendments to the Trade Bill:

This amendment to the Act is described in the related Explanatory Memorandum as “… a cost-saving measure.”

The scheme is capped and operates a split payment system to ensure that all payments are kept within the allocated budget.

Currently claimants can claim the actual cost of eligible communication expenses or claim an additional 3% of their entitlement on top of their entitlement. Amending the proposed amendment as recommended above will in my view simplify administration, reduce the red tape burden on applicants, who would no longer be required to itemise and retain records or complete lengthy schedules relating to claim expenses for (listing not exhaustive):

The 3% option has operated successfully for many years. Amending this amendment in this way ensures ALL applicants continue to receive support for market development communications expenses on a prorate basis for all of the above, and for whatever new methods of communication are around the corner.

“…the automatic three percent addition to a claim is no longer reflective of the actual cost of communication” (Source Government- Explanatory Memorandum) this is probably true and I expect we are all spending more in total on communications not less as the Government is implying.

The provision putting a limit on Free Samples should be deleted.

The value and quantity of a free sample is determined by the direct cost of the free sample to the exporter and that measure is unique to the product/s in question and not by a fixed limit of $15,000. (there is no explanation in the explanatory memorandum for using $15,000)

The direct cost of supplying one bottle each of five wine varieties (eg Shiraz, Cabernet Sauvignon, Riesling, Chardonnay, and Pinot Gris) to each store of the largest UK and 2nd largest USA wine retailer combined, for an in-store tasting/promotion (in this example limited to 1 bottle of each per store) would exceed $15,000. (Majestic Wines retail outlets – UK (200+) & Trader Joe’s retail outlets USA (457) (Direct Cost to provide a bottle of wine as a free sample $5 - Source Austrade)

On the subject of limiting free samples one Australian exporter Mr Paul Huxtable sums up as follows:

“The ability to give a free sample to a potential customer is more important than my ability to jump on a plane to go and see them.

“It is far more cost effective for EMDG to support the provision of a free samples than to support half the cost of an airfare.

“Free samples help my business to rapidly expand into world markets. It is far more effective for the recipients of those free samples to use their market resources to test the market potential in their region and with their customers than me.

“I spend more on freighting free samples than the direct cost of giving away those free samples.”

These are all compelling reasons for amending the Trade Bill currently before the Parliament so as to maximize the benefits flowing to Australia from the operation of the EMDG Act.