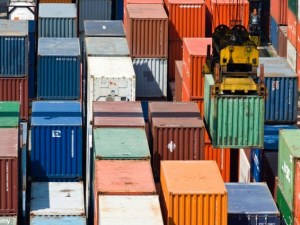 Surging export values of rural goods, iron ore and coal have delivered Australia its largest ever trade surplus of $4.7 billion for the December quarter.

The growth in rural exports was underpinned by strong gains in vegetables, oil seeds, wool, meat and fresh dairy products.

The December quarter also saw a strong $6.3 billion narrowing in the current account deficit to $3.9 billion, Australia’s lowest deficit since 2001.

Australia’s impressive overall trade position in 2016 was boosted by large increases in export volumes of LNG and coal as major infrastructure projects in those sectors came online.

Tourism also made a significant contribution to our exports, as Australia continues to attract a record number of international visitors.

Australia’s terms of trade – a ratio of the value of exports divided by imports – jumped by 9.1% during the quarter, the largest gain in over six years. That followed a 5.1% jump in the September quarter, and may extend even further should the recent strength in commodity prices be maintained in March.

In seasonally adjusted volume terms, the surplus on goods and services rose by $700 million, or 49%, to $2.124 billion during the quarter.