‘UK wine exports are at their highest level in a decade’
Rachel Triggs, Wine Australia read more
Our new e-magazine is OUT NOW. Click here to read.
REGISTER ADVERTISE
SUBSCRIBE TO OUR FREE NEWSLETTER
PUBLISHED | MARCH 19, 2014
COMMENTS | NONE
Tweet 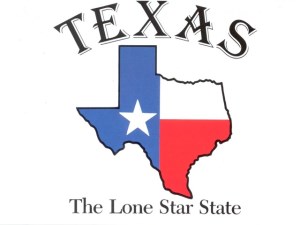 The QLD Government broke new ground this month with the opening of its new North America Trade and Investment office in Houston, Texas.

The new office will serve as Queensland’s dedicated office to further develop international trade and investment with the US and Texas. Queensland's trade office was previously located in Southern California.

At the opening Governor Perry highlighted important trade opportunities between Texas and Australia.

"Our two states have long enjoyed a close relationship, but this office represents a giant step toward further strengthening our economic and cultural ties," Governor Perry said.

"Close partnerships with friends from around the world, like this one, helps both of our states succeed. I congratulate everyone involved in bringing our states closer together, and I look forward to hearing more great things coming out of the Texas-Queensland friendship in the days and years to come."

Premier Newman said: "This new office is the beginning of a new era for the state's business relationship with the US, and will bolster our trade and investment ties with this important region.

"Houston serves as an ideal gateway to the rest of the United States, as well as Canada and Mexico."

Texas has maintained a strong trade relationship with Australia, exchanging $2.9 billion in goods in 2013.

The Lone Star State is a global trade leader, holding its position as the top US exporting state for 12 years in a row.

Additionally, Texas is now the national leader in technology exports, with more than $45 billion in technology products exported in 2012.