'USMCA is the most important deal we've ever made by far’
US President Donald Trump read more
Our new e-magazine is OUT NOW. Click here to read.
REGISTER ADVERTISE
SUBSCRIBE TO OUR FREE NEWSLETTER
PUBLISHED | JULY 20, 2017
COMMENTS | NONE
Tweet 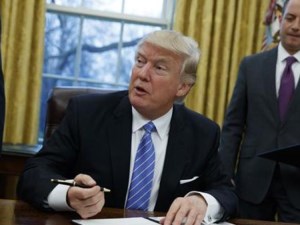 In its latest report the Productivity Commission estimates the average household would be worse off by nearly $1500 a year and about 100,000 jobs could be lost in the event of a “global outbreak of protectionism.”

And up to 5 per cent of Australia's capital stock could be mothballed, equivalent to nearly half of the investment in the mining sector over the past 10 years.

The PC's self-initiated research report Rising Protectionism: Challenges, Threats and Opportunities for Australia models a set of scenarios based on new US trade policies and seeks to identify their implications for Australia.

The Commission calls on Australian policy-makers to resist the call to join protectionist trade policies, even in the event of a global outbreak of protectionism.

Government should continue to work toward freer markets, with like-minded nations, the report says.

“Australia should prioritise regional trade agreements that clearly and measurably persist with lowering barriers to all trading partners; and reinforce efforts to strengthen the rules-based trade system.”

Changes in trade policies can be expected

The trend towards use of tariffs and other protectionist measures has lifted in G20 countries since the Global Financial Crisis and there are clear signs that the protectionist trend could accelerate, the report says.

US President Donald Trump was elected on the back of a protectionist trade policy stance and proponents of protectionism have been empowered in parts of Europe, the report notes.

“So far it is unclear how different countries’ trade policies will change. However, developments to date suggest that maintenance of the status quo is unlikely. Some think change will be at the margin, others fear major backsliding on protection and a renunciation of the rules-based multilateral trading system.”

The Commission says it was motivated to undertake the study to assist policy makers determine how Australia would be affected by a new swing towards protectionism and to identify strategies for “avoiding the risk of backsliding on protection.”

The report found that tariff increases would cause a significant disruption to, and reorganisation of, global trade.

It cites the economic disruption caused in the 1930s with trade barriers significantly higher around the world.

“The economic dislocation unleashed would have the capacity to cause a global recession and put the rules-based global trading system under much strain. Australia would not escape unscathed.

“Over one per cent of GDP every year and close to 100,000 jobs would be lost, and up to 5 per cent of our capital stock could be mothballed. Living standards would fall across the income distribution. A household with the median weekly income would be worse off by nearly $1500 a year.”

Protectionist policies would harm the Australian economy and risk reversing the community-wide gains that the lowering of barriers to trade globally have helped to deliver to us, the report says.

Mr Harcourt, the JW Nevile Fellow of Economics UNSW Business School, said: “The President has vowed to boost American manufacturing by cutting the US trade deficit and updating NAFTA.

“However, protectionist policies have a habit of not working out, and the Productivity Commission report should caution us all.”

President Trump is turning his focus to trade this week, with the release of a US administration 18-page report about its goals for updating the decades-old North American Free Trade Agreement with Canada and Mexico. (NAFTA)

He was quoted as saying: “Now, more than ever, what we don’t want to see is protectionism. We need cooperative trade to boost the world economy.”

Mr Harcourt says: “The penny has finally dropped. The high priests of free market fundamentalism, the Productivity Commission has now seen the downside of unfettered free trade. But it took Donald Trump’s protectionist rhetoric to do it.”

According to Mr Harcourt, there is “a revolution in free trade thinking” at the Productivity Commission as witnessed in their latest report.

“The Productivity Commission has realised that trade needs to work for all and social institutions – like minimum wages, trade union rights, education and training and labour market adjustment programmes,” he adds. “The PC realises that we need a ‘social compact’ to ensure that the benefits of trade flow to everyone in the community.”

Mr Harcourt was previously chief economist at Austrade. As a trade specialist at UNSW he has studied the international trade landscape for many years.

“It’s no surprise that Donald Trump got traction in the USA with declining real wages, blue collar unemployment and a lack of a social compact that makes trade – and immigration – the scapegoat for economic decline.”

The Productivity Commission report is available at: http://www.pc.gov.au/research/completed/rising-protectionism