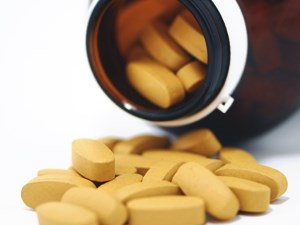 The pharmaceutical industry will require government support if it is to recover from its recent poor performance and compete globally, says Medicines Australia CEO Tim James.

And if the Australian industry does not receive government assistance, it will meet the same fate as the car manufacturing industry.

Latest figures from the Australian Bureau of Statistics show Australian pharmaceutical exports declined by 18 per cent to $2.9 billion in 2014, compared to $3.6 billion in the year before.

Since 2012, when they peaked at around $4.3 billion, Australian pharmaceutical exports have declined by more than 30 per cent.

Mr James said Australia could not compete with low-cost Asia-Pacific pharmaceutical manufacturing companies and instead needed support to become a world-class drugs manufacturer, known for its research and development.

"The rest of the world is catching up," he said.

‘Doing nothing is not an option’

"If we do nothing, the industry in Australia will unfortunately increasingly find itself out-competed at a regional level, so 'do nothing' is not an option."

Mr James said the motor vehicle industry received extensive government support, and called for similar incentives for the pharmaceutical industry to compete across the Asian region.

"We of course are seeking out for the Australian Government to create more incentives, more drivers, more levers, more opportunities for the industry here in Australia to be able to attract that global dollar," he said.

Given its skilled labour force, world-class infrastructure and reputation for manufacturing safe, high-quality medicines and vaccines, Australia is well positioned to succeed in the sector, says Mr James.

“Despite this, new investment in pharmaceutical manufacturing in Australia remains negligible, which clearly shows that all these factors are simply not enough to keep Australia competitive.”

The decline in Australian pharmaceutical exports comes at a time when the global market for medicines and vaccines is booming. It is already worth over US$1 trillion per year in sales, and is expected to nearly double in size by 2020.

“Much of this growth is going to come from emerging markets in Asia,” Mr James said.

“But right now, we just don’t have the correct policies in place to capitalise on this growth. If this continues, we will no doubt miss out on this once-in-a-generation opportunity, regardless of how good we may look ‘on paper’.”

But Matt Sherwood, head of market research at Perpetual Investments, said the money simply was not there for the Government to assist.

"I think the Government has made it quite clear that the end of corporate welfare is upon (corporations)," he said.

"Whilst historically industries such as the car industry and the textile industry have got government support I think it's pretty clear from the new Government that those days are over.”