"Australia is running a trade marathon with its shoelaces tied across its feet"
Peter Kosmina (Trade Window) read more
Our new e-magazine is OUT NOW. Click here to read.
REGISTER ADVERTISE
SUBSCRIBE TO OUR FREE NEWSLETTER
PUBLISHED | MARCH 21, 2017
COMMENTS | NONE
Tweet

One Nation Senator calls for review of foreign ownership policies 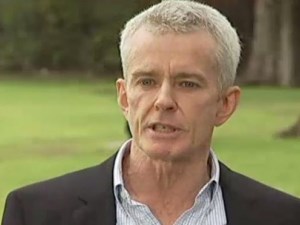 Senator Malcolm Roberts blames globalisation as a major cause in the sharp deterioration in Australian wage purchasing power and rapidly rising living costs.

The One Nation Senator says his party is determined to deliver policies which will benefit the large number of Australians now struggling to make ends meet.

This will create the well paid jobs that place Australia squarely among the economies of the first rank.

While the Senator spoke positively about the volume of mining and agricultural exports from not only his home state but across Australia, he expressed concerns about the level of foreign ownership of Australian mines and farming land.

The Senator is also concerned about local gas supplies and the sub optimal effects of an international gas parity pricing system.

The recently recorded bumper grain harvests and pick up in the iron ore price are good news for the Australian economy and Australian exports, Senator Roberts says. But Australia cannot rest on these laurels alone.

“We must all work towards structuring an economy where prosperity can enable opportunity for the many rather than riches for the few”.

Senator Roberts believes the future potential for Australian mining and agricultural exports is a cause for considerable optimism.

Among the biggest limiting conditions to such optimism may be foreign ownership and foreign capital focusing on exploitation of international tax minimisation opportunities, rather than creating value for Australian workers and taxpayers.

To illustrate this point the Senator referred to the many media stories indicating how little tax many multinationals with branch offices in Australia actually pay.

The Senator says a restructuring of the Australian tax system is necessary to address the problem.

It’s not simply matter of lowering the tax rate until folks who do not want to pay tax anyway say they are satisfied, he says.

Foreign investment, which the Senator pointed out, “was and should be made welcome in Australia,” must ideally benefit Australia and Australian workers just as much as if the investment capital was derived from local Australian investment sources.

As global capital is internationally mobile we must also keep in mind, so are corporate profits and their “taxability”.

“What is the value of foreign investment in Australia, the Senator asked rhetorically, if the principal benefit goes offshore, local taxes are avoided and only minimum wage or short term jobs are produced?”

Either way, market forces are undermined and the resulting economic distortions simply transfer the burden onto the cost of living of ordinary Australians.

Citing the false economy of left leaning moral conceit and the ideological adventurism of renewable energy, racial and gender employment quotas, educational equal outcome quotas to name a few. All these activities drive up business costs and increase the taxation burden without producing a corresponding economic benefit.

Senator Roberts presents a persuasive argument that excessive Government interference in the economy and re-engineering of the underpinning national social structure creates investment distortions and collateral or follow on distortions within the wider economy. This often lowers standards of living and adds to businesses costs and the social dysfunction it purports to ameliorate rather than economic benefit.

If an overly intrusive Government withdraws from such interference, Senator Roberts believes while channelling renowned philosopher Adam Smith – the father of modern economics – a free flow of ideas and an open exchange of views can take place.

This will act to invigorate the Australian commercial export sector and restore market value to critical economic interactions.

Wherever possible Government and politicians should not be in the business of directly picking economic winners, he says.

Australian Governments have a poor track record in this area, as much due to cronyism as sub optimal commercial judgement.

Senator Roberts is without doubt a passionate and ardent advocate for Australia, the Australian economy and for all Australians.

David Gray is lead consultant at Digital Information Partners that provide communications, technical and policy documentation for the manufacturing and export industries. He specialises in political media communications and public and social media relations. David can be contacted at: www.diginfo.com.au