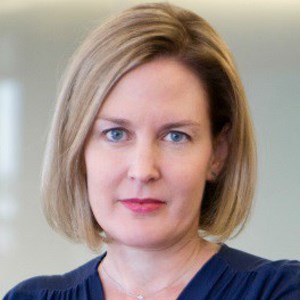 Penny Burtt has been appointed the new Group CEO of Asialink, an organisation which plays a key role in promoting Australia-Asian relations.

Ms Burtt was previously with global payments company Visa Inc, where she served as Vice President Government Affairs, Asia Pacific and was a member of the Asia Pacific executive leadership team.

In that role, she managed the company’s engagement and partnerships with governments and regulators across the region.

Ms Burtt has also held roles with McKinsey & Company and as a senior diplomat with the Australian Department of Foreign Affairs and Trade, serving in Indonesia, Malaysia, Singapore and Geneva. She has continued to represent Australia's interests in Asia, both personally and professionally, most recently as a New Colombo Plan Business Champion appointed by Foreign Minister Julie Bishop last year.

University of Melbourne Deputy Vice-Chancellor (Graduate and International) Professor Carolyn Evans said: "Penny's experience in leadership in government, the private sector and the not-for-profit sector, combined with her deep experience across Asia, makes her the ideal person to take Asialink to the next stage of its journey.”

Ms Burtt said she is honoured and excited to join Asialink. Her appointment begins today.

"Driving closer Australia-Asia relations has been my personal and professional passion throughout my career,” she said. “More than ever, Australia needs independent and credible platforms to engage our partners in Asia, inform and help shape decision-making.

"Navigating the rapid changes in the region and preparing Australians and Asians for a shared future will require more meaningful understanding and deeper connections. Building on its remarkable achievements to date, Asialink can play a leading role in those efforts, expanding its reach in Australia, Asia and beyond."

"Asialink's work has never been more relevant to Australia's national prosperity and security. Penny's appointment is a signal of the strategic importance of Asialink's work," Mr Robb said.

"Jenny has served as the Co-Founder and Group CEO of Asialink since its establishment in 1990 as a partnership between The University of Melbourne, The Myer Foundation and the Australian Government's Commission for the Future," Mr Robb said.

"Under Jenny's leadership, Asialink has been recognised as Australia's leading centre for the promotion of public understanding of the countries of Asia and of Australia's role in the region."