‘UK wine exports are at their highest level in a decade’
Rachel Triggs, Wine Australia read more
Our new e-magazine is OUT NOW. Click here to read.
REGISTER ADVERTISE
SUBSCRIBE TO OUR FREE NEWSLETTER
PUBLISHED | DECEMBER 29, 2016
COMMENTS | NONE
Tweet 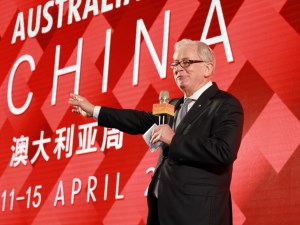 Mr Robb replaces current Chairman Sid Myer, who will take up a new role as Patron of Asialink, and will continue to serve on the Asialink Business board. The change is effective from January 1.

During his term as Minister for Trade and Investment Mr Robb successfully negotiated Free Trade Agreements with South Korea, Japan and China (for which he was awarded Policy Maker of the Year in 2015), as well as the 12 country Trans Pacific Partnership (TPP) free trade agreement and the Comprehensive Strategic Partnership with Singapore.

In 2003, he received the Office of the Order of Australia for his service to agriculture, politics and the community.

He has guided Asialink Business’ exceptional growth since its establishment just over three years ago, and has played a significant role in helping to define and develop Asia capability among Australia’s workforce.