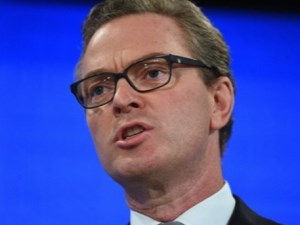 Australia should snap out its “modesty mindset” and step up to become a world player in the defence exports stakes, says Defence Minister Christopher Pyne.

Mr Pyne signalled he would focus on export opportunities and showcasing Australia's high tech manufacturing capabilities to other countries during the year ahead.

In coming months the Minister will visit United Arab Emirates, Canada and the US to promote the innovation, engineering prowess and top quality wares of Australian firms.

"For far too long we have hidden our light under a bushel," he told an Australian Defence Magazine conference reception earlier this week in Canberra.

Mr Pyne said in comparison Australia's defence industry had been too modest in thinking actions would speak for themselves.

"We believe we do make some of the best equipment and platforms in the world today and we want to sell them," he said, adding that more defence exports would help create jobs.

Australia could compete with the best of the world when it came to building frigates, submarines, parts for the Joint Strike Fighter jets or carrying out vital maintenance services, Mr Pyne said.

According to a global ranking by the Stockholm International Peace Research Institute from 2011-2015 Australia came in 20th for defence exports and fifth for imports.