"Australia is running a trade marathon with its shoelaces tied across its feet"
Peter Kosmina (Trade Window) read more
Our new e-magazine is OUT NOW. Click here to read.
REGISTER ADVERTISE
SUBSCRIBE TO OUR FREE NEWSLETTER
PUBLISHED | JULY 5, 2017
COMMENTS | NONE
Tweet

Is your export business on the rise? Then this is for you… 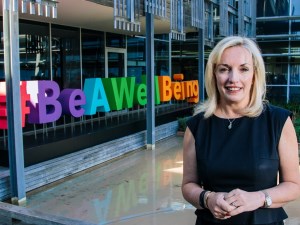 Nominations are now open for the 2017 Australian Growth Company Awards.

Launched in 2012, the awards celebrate companies that demonstrate high rates of growth, innovation, integrity, contribution to community and sustainable growth.

Applications will be sought for the following categories:

Australian Growth Company Awards chairman and K&L Gates partner Nick Humphrey said the 2017 awards program promises to be bigger than ever. "This year we are pleased to announce a new award, the 'Company to Watch Award' which will celebrate great up and coming Australian talent.”

Applications close on August 31 and nominations will be assessed by a panel of expert judges. Winners will be announced at a special function to be held at The Ivy Ballroom in Sydney on October 25.

Nomination forms and further details on the criteria can be found at klgates.com/agca and individuals are encouraged to join the Australian Growth Company Awards LinkedIn group to receive further updates.