Is the TPP now dead and buried? 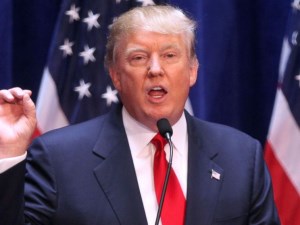 The future of the Trans-Pacific Partnership (TPP), whose 12 participating countries cover 40% of the global economy, is looking decidedly grim.

After eight years of painstaking negotiations the historic TPP is all but dead after US Presidential-elect Donald Trump yesterday vowed to withdraw from the agreement from his first day in office.

in a video updating the American people on his transition planning for the White House, he described the TPP as a "potential disaster for our country".

Mr Trump will file a notification of intent to withdraw from the deal pushed by President Barack Obama as soon as he takes office on January 20 next year.

Instead, he will pursue "fair" bi-lateral (two nation) trade agreements.

The TPP could still proceed without US participation, but this seems unlikely.

Shortly before Mr Trump’s announcement, Japan’s prime minister, Shinzo Abe, warned that the Trans-Pacific Partnership (TPP) would be “meaningless” without US participation.

Mr Abe and representatives from other TPP countries, including Australia, discussed the agreement at length on the sidelines of the Apec summit in Lima last weekend.

However, Mr Abe conceded that other TPP countries had not discussed how to rescue the agreement if Mr Trump carried out his promise to withdraw.

He added that the pact could not be renegotiated. “This would disturb the fundamental balance of benefits,” he said.

Mr Abe has been a vocal supporter of the 12-nation agreement and has been urging the president-elect to reconsider his decision.

If Mr Trump does not have a change of heart, Mr Abe believes it could bolster moves towards a new regional trade pact that includes China.

“There’s no doubt that there would be a pivot to the Regional Comprehensive Economic Partnership (RCEP) if the TPP doesn’t go forward,” Mr Abe told an upper house parliamentary committee last week.

Trump has two years to change his mind

“The RCEP doesn’t include the United States, leaving China the economy with the largest gross domestic product,” Mr Abe said.

The RCEP comprises Japan, China and 12 other Asian countries, plus Australia and New Zealand, and has been under negotiation since 2013.

Trade Minister Steven Ciobo said the TPP does require US ratification for it to come into effect, but there is a two-year period for that to happen.

Meanwhile, Australia will go ahead with its own processes to ratify the deal, he said.

"We know this is a good deal ... we have just got to give the Americans time to weigh up the pros and the cons further," Mr Ciobo said.

Despite Mr Trump’s comments the fate of the TPP rests with the US Congress, Mr Ciobo says.

And Mr Ciobo says he had not ruled out the possibility of Mr Trump changing his mind.

And TPP countries account for 24 per cent of the world’s trade in services.

The TPP would eliminate $9 billion of tariffs presently paid by Australia on its exports to the US and 10 other TPP countries: Brunei, Canada, Chile, Japan, Malaysia, Mexico, New Zealand, Peru, Singapore, and Vietnam.

Returning from the Asia-Pacific Economic Co-operation meeting in Lima on Tuesday, Prime Minister Malcolm Turnbull said the TPP had been a major topic of conversation over the weekend.

"We believe, as do the other the 11 nations who are parties to the TPP ... it is an important strategic commitment," the prime minister told reporters in Canberra.

It was up to Mr Trump and his new Congress to make decisions in what they believed was in their nation's interest.

Time would tell to what extent the US would engage with the TPP or an evolved version of the trade pact.

"It is very clear that from Australia's point of view, getting greater access for Australian exports ... to those big markets is manifestly in our interest," Mr Turnbull said.

South Australian senator Nick Xenophon said the benefits of the deal had never been adequately proven.

"RIP TPP would be a good thing," Senator Xenophon told the ABC.

"Even the modelling carried out by the Government indicated in a best-case scenario a 0.77 per cent increase in the GDP over a 14-year period.

"I just want Australia to negotiate these trade deals better and it is very unlikely that this deal will go through."