"Australia is running a trade marathon with its shoelaces tied across its feet"
Peter Kosmina (Trade Window) read more
Our new e-magazine is OUT NOW. Click here to read.
REGISTER ADVERTISE
SUBSCRIBE TO OUR FREE NEWSLETTER
PUBLISHED | SEPTEMBER 30, 2016
COMMENTS | NONE
Tweet

Is Xenophon a protectionist or merely misunderstood? 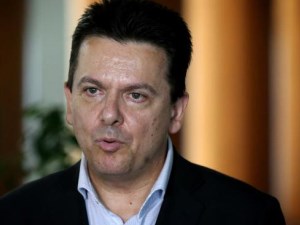 Senator Nick Xenophon’s views in relation to the Australian trade and export economy have been roundly condemned as protectionist and subject to no small amount of sneering vilification.

Are these denunciations of the South Australian Senator justified?

Or are they merely the posturing of those who are themselves protectionist, provided the rewards of such indulgences are to their benefit while passing on cost and the non-benefit to others?

But when we examine the facts, and just as importantly define trade protection, is the Senator really a protectionist as is claimed, or simply a staunch supporter of Australian industry and jobs.

The “protectionist” context of those who disparage the Senator are that the Nick Xenophon Team (NXT) advocates protecting inefficient industries and unsustainable jobs at the tax payer’s expense.

Further, that such allegedly protectionist policies will result in higher prices paid by Australian consumers at point of sale.

While some of the language used by the Senator does leave him open to such attacks it is quite clear he is in fact an active supporter of efficient business models and long term sustainable jobs without the need for any unnecessary tax payer bail outs.

It is a bit rich for some of the Senators detractors to criticise on one hand while applauding or quietly looking the other way in regard to the many monopolies, duopolies, cartels and sundry price/profit outcome guaranteed organisations that “tentacle” through the length and breadth of the Australian economy.

Similarly, the political use of immigration to depress worker wages and conditions and the open invitation to international real estate speculators to avalanche into the relatively small Australian residential property market artificially driving up prices wildly beyond the purchasing power of the Australian pay packet.

Moreover, let us also not forget how the best paid jobs in Australia are, with rare exception, to be found within the least competitive and patronage intensive industries.

Thus ensuring persons with decidedly modest abilities are the most richly rewarded in our society.

Are these not also acts of gross economic artifice and “protection” to the near exclusive profit and benefit of influential sectional interests?

Increasingly, productivity of capital is closely linked to non-productive inputs such as cheap subsistence labour, quick results gained through bribery and corruption, low cost of living countries, non-existent anti-pollution laws and so on.

Without productivity of output being the primary determinant of commercial efficiency, the engine room of innovation in value-add manufacturing, coupled with advances in organisational development, may be “lost” to the current generation of western business.

It is in regard to arguments considering the means and methods of “rescuing” Arrium steel in the South Australian town of Whyalla that Senator Xenophon has sustained particularly virulent attacks in the media columns as a protectionist.

The Arrium case has some fundamental complexities the media rarely mention and is not a straightforward yes-no case as is often presented.

Many believe the causes of Arrium’s difficulties are due to an inadequate management team that made unfortunate business decisions, fell into traps of their own making and got what’s coming to them.

Following on along similar lines others claim Arrium had built a debt based business model that relied heavily on an abnormally high world selling price for steel and when this price of iron ore fell the business model unravelled as the debt/asset ratio became unfavourable and Arrium had no wiggle room on price discounting.

Yet others claim Australia should not be involved in any labour intensive manufacturing industries anyway and such industries should be quietly euthanased and the employees all dispersed into other industries such as becoming subsistence wage cleaners and shop workers.

Some have suggested that by proposing any form of rescue Senator Xenophon is in fact bailing out ineffective management.

Why, it is asked, should taxpayers’ money be used to reward commercial failure and save the jobs of well-paid steel industry executives their cronies and a gaggle of entitlement obsessed financiers?

Some even put forward the “moral hazard” argument, why should corporate profits be treated as private wealth while as soon as a major loss appears corporations go bleating to the government for a taxpayer bailout. With no lessons learned will not all businesses begin to carelessly ignore the consequences of their own actions?

Plenty of blame to go around

It may be easy for some to put the blame on Arrium management alone but even this would be simplistic.

Many international financial houses were lining up to loan large sums of money to Arrium during the iron ore glory days and all had their own exceptionally well paid risk assessment experts go over the fine details.

Many believe there is plenty of blame to go around.

Taking a wider angle view beyond the immediately commercial Senator Xenophon quite rightly points to the broader implications and costs of unemployment as well as retraining and social dislocation in a rural township not to mention the loss of import substitution capacity along with technical  skills that cannot be quickly or easily replaced in addition to loss of manufacturing capability.

Senator Xenophon suggests the cost of not taking action could exceed the cost of a sensible rescue package for Arrium or any equivalent corporate iteration that may emerge from the ashes.

Standing up for globalisation

None of Senator Xenophon’s public statements appear to call for Arrium to be unconditionally bailed out and protected out of hand.

It is obviously pointless to temporarily prop up Arrium if it is only going to lurch and stagger into one crisis after another – a very material point not lost on the Senator.

That the reborn Arrium business model must be effectively managed, competitive and long term sustainable is not something the Senator has any obvious disagreement with.

On balance, the jeering and heckling from globalisation scriptwriters and cheerleaders aside the allegations that Senator Xenophon is currently pursuing reckless protectionist policies cannot be sustained by the facts.

Senator Xenophon is standing up for and demanding a version of globalisation that works for the Australian economy and Australian jobs.

In this specific context at least, others could usefully look more closely at the Senator’s position.