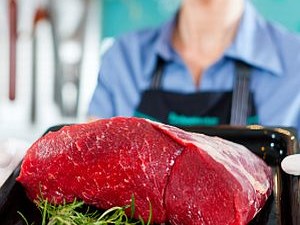 In the past 18 months, Australia has signed major free trade agreements (FTAs) with Japan, South Korea and China.

These FTAs are set to significantly benefit the Australian agriculture sector and the nation’s premium producers will be among the biggest winners.

“Beef exporters will be big winners in all three free trade agreements thanks to tariff removals and Australian beef’s premium image in Asian export markets. Dairy and wine producers will also benefit as gradual tariff removals allow Australian produce to compete with exports from countries such as the United States,” said IBISWorld analyst Ms Brooke Tonkin.

The FTAs with South Korea and Japan came into effect on December 12, 2014 and January 15 this year, respectively, and the FTA with China is set to come into effect by January 2016. This means these export markets will become increasingly accessible for Australian producers over the next five years.

On top of these agreements, other factors will simplify entry into these markets. A depreciating Australian dollar over the next five years will continue to make these goods more affordable in overseas markets. Rising incomes in many Asian countries are encouraging consumption of high-quality Australian produce.

Beef exports
Under the new FTAs, Australian beef exports to Japan will have tariffs halved and exporters will obtain greater access to the market. A tariff reduction will put Australian beef on a level playing field with US beef in South Korea, and tariffs will be gradually phased out over a nine-year period in China – a monumental achievement considering China’s once shielded economy.

Australian beef is seen as premium produce in many Asian countries. Under the new FTAs, both the beef cattle farming and meat processing industries are expected benefit from increasing exports. Beef cattle farming relies on live cattle exports, with exports making up approximately 7% of the industry’s revenue. China is the major export destination and although the FTAs do not directly affect these exports, beef cattle farmers will benefit from increased downstream demand.

The large downstream meat processing industry is worth almost $19 billion, with exports accounting for 70% of this figure. Apart from the US, China, Japan and South Korea are the three largest export destinations for Australian meat. The FTAs will allow Australian exporters to compete in these markets.

While dairy cattle farmers do not directly account for exports, they will indirectly benefit from the increased demand the new FTAs will generate for downstream dairy industries.

“Milk and cream processors, cheese manufacturers and milk powder manufacturers are all expected to see export-related revenue grow by more than 10% in 2015-16,” said Ms Tonkin.

While the Japanese FTA does not apply to dairy produce, Australian cheese exporters will have all tariffs removed in South Korea, gaining duty-free access to the country’s growing middle class. In China, all dairy-related tariffs will be eventually phased out over an 11-year period.

Although the FTAs will assist most downstream dairy manufacturers and processers, milk and cream processor exports are expected to particularly benefit and grow strongly over the next five years.

“Fresh Australian milk can be sold for up to $10 per litre in China, which indicates that there are high-income earners seeking out Australian dairy produce due to its reputation for product safety and high quality,” Ms Tonkin said.

Australia has faced a wine glut over the past 10 years due to the rapid expansion of vineyards and wineries. Winemakers have attempted to cope with this problem by exporting excess wine.

The FTAs are set to support grape growers and wine producers as export tariffs are removed. In South Korea, all tariffs have been removed, allowing Australian wine to compete with wine from the United States and Europe. In Japan, bottled, sparkling and bulk wine will benefit from tariff elimination over a seven-year period, while China will see all tariffs removed over a four-year period.

“Domestic wine producers have been increasingly targeting Asian markets and the free trade agreements will intensify this trend. Australian wine producers are looking to growing high-income markets in Asia. Australia has already become the second-largest importer of wine into China after France,” added Ms Tonkin.

As the Australian dollar continues to depreciate and tariffs are gradually reduced, Australian produce exports will become increasingly attractive, especially in high-growth Asian markets. Both primary producers and manufacturers in the agriculture sector will need to position themselves to capitalise on the growing demand from and accessibility of Asian export markets.