How exporters can benefit under new TPP trade agreement 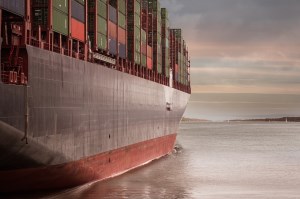 Minister for Trade, Tourism and Investment, Steven Ciobo said Australian farmers, businesses and all exporters can see the full benefits and breadth of the Comprehensive and Progressive Agreement with the release of the text.

Mr Ciobo says the TPP-11 will help create new Australian jobs across all sectors – agriculture, manufacturing, mining, services – as it creates new opportunities in a free trade area that spans the Americas and Asia.

The landmark agreement with 11 nations, which Australia played a key role in securing following the withdrawal of the US, eliminates more than 98 per cent of tariffs in a trade zone with a combined GDP of $13.7 trillion.

As tariffs tumble, the TPP-11 will drive demand for Australian goods and services.

However, US President Donald Trump pulled out of the agreement on his first week in office in favour of bilateral trade deals.

The TPP-11 delivers significant increases in market access for Australian goods and services, most notably improved access to the Japanese market for a number of our agricultural products.

Significant wins for Australian exporters under the TPP-11 include:

The TPP-11 will also create new opportunities for services exports.

Mr Ciobo said Australian services exports to TPP-11 markets, worth more than $18 billion in 2016-17, will benefit from a wide range of commitments, which will legally guarantee levels of access, reduce some regulatory risks and improve transparency and predictability in cross-border trade and investment.

The Agreement will also assist Australian businesses tap into regional value chains by liberalising and improving the regulatory regimes for investment in a number of countries, notably in mining and resources, telecommunications and financial services.

Australia will have improved treatment in the Canadian and Mexican investment systems.

The Agreement explicitly retains the government’s authority to regulate foreign investment in sensitive sectors in the national interest.

Mr Ciobo is expected to sign the TPP-11 Agreement in Santiago, Chile, on March 8.

Following signature, the TPP-11 text and National Interest Analysis will be tabled in Federal Parliament.

The Joint Standing Committee on Treaties (JSCOT) will conduct full public enquiries into the Agreement and report back to Parliament.

“The Turnbull Government wants to see this landmark agreement enter into force as soon as possible so Australian farmers, businesses and manufactures can enjoy its benefits,” said Mr Ciobo.

The text of the TPP-11 is available at: http://dfat.gov.au/trade/agreements/tpp/official-documents/.