‘Beginning to export can be challenging, but there are massive opportunities for Australian firms’
Karen Andrews, Minister for Industry, Science and Technology read more
Our new e-magazine is OUT NOW. Click here to read.
REGISTER ADVERTISE
SUBSCRIBE TO OUR FREE NEWSLETTER
PUBLISHED | NOVEMBER 12, 2016
COMMENTS | NONE
Tweet

How Trump will change global trade as we know it 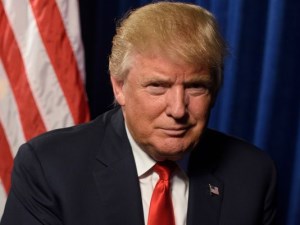 As Donald Trump savours his victory have some sympathy for all those, and it was just about the entire establishment and allegedly independent fourth estate that viscously and vacuously denounced and maligned him, who will now be crawling and fawning to the man who beat them all.

Now they will be calling him Mr President.

Those on the political left, and some besides, claim to be shocked by the result.

The real shock is not that Mr Trump won but that he did not win by a runaway landslide carrying all 50 states or that a Donald Trump has not appeared on the political scene beforehand.

But what does a Trump Presidency mean for the Australian economy as well as Australian trade and export?  The globalisation scriptwriters are understandably denouncing Mr Trump’s policies most of which his detractors have imagined with the usual spewing of Armageddon scenarios and laughable misinformation.

The allegations against the espoused economic policy positions of the President-elect focus on a number of areas.

A President Trump will oppose free trade. If Mr Trump could find any free trade to oppose he will be doing well as free trade hardly exists and only in small pockets if at all.

Free trade exists in name only and is little more than an ideological slogan. Governments of all persuasions disingenuously talk up free trade while regularly undermining free trade by all manner of back door tariffs and quotas, currency manipulation, market fixing, cartels and oligopolies and unsustainably high immigration intakes from low wage third world countries to name but some.

What the elites mean by free trade is free movement of labour, jobs and capital to low cost economies. Import low wage workers, export western jobs and export factories and capital in pursuit not of productivity but arbitrage returns on peasant wage economy production married to first world consumer goods purchasing power. This is not free trade, it never was.  Many believe it is just another type of ugly market fixing dressed up in sanctimonious pretty clothes.

As so few Australians (or Americans) derive an ongoing net benefit from this form of free trade globalisation it is hardly surprising that Mr Trump has flagged this issue as a priority.

Although not available in fine detail the policies of a Trump administration would like oppose the any trade agreements that export American jobs to low wage countries or confer trade disadvantage to American workers and American citizens. The TPP for example has been dismissed by the Trump team as being unfair to American workers.

Hardly anyone disagrees with international trade. The main contention is that globalisation required the swift development of very populous peasant economies and the bill to pay for all this has been taken out of the pockets of Western middle classes without their knowledge or consent.

Meanwhile, the small percentage of the western population who do very well out of this deeply flawed model of globalisation and those who are immune to its effects seem determined to stay with it until the gears, levers and pistons seize up to a standstill.

The most vocal Australian supporters of Globalisation are those whose knowledge of economics and trade must have been acquired though some college correspondence courses that got lost in the post.

Was the globalisation model ever really a workable equation is the bigger question?

President elect Trump has indicated he will ask congress to slap tariffs and/or quotas on nations that do not have free labour markets or where Governments manipulate currencies to artificially low values or instances where product dumping is at below manufacturing cost price.

Tariffs at between 35%-45% on “unfair” imports have been mentioned and nations such as China are also mentioned in the same discussion.

Moreover, American firms that close down factories in the United States only to move them to low wage countries may be subject to equalising tariff penalties if they then try to import those offshore manufactured products back into the US.

When Presidential candidate Donald Trump announced an overview of this policy at a rally he was greeted with thunderous applause and a standing ovation and it was none of the applause choreographed nonsense one typically sees at political rallies.

Let us assume for a moment that a President Trump managed to push all or even some of this proposed legislation through the republican held US congress.

Firstly, ignore the naysayers, Mr Trump is not proposing any radical protectionism program, far from it in fact. Even so, what might it all mean for Australia?

To understand the possible ways this may all play out we need first to understand the level or degree of economic artificiality and distortion the globalisation policies have created to date.

World manufacturing productivity has nosedived as western manufacturers have ideologically pursued (or have been sheep herd suckered into following) productivity of capital deployed through cheap labour wage arbitrage and off shore tax minimisation.

Advanced, value-add manufacturing through innovation and advances in organisational development have disappeared. Indeed, an entire western generation of technical and managerial advances has been lost on this front.

Similarly, advanced economy jobs such as computer programming have been disproportionally sent to low wage countries (or indentured low wage workers brought to Australia with highly suspect work visas) where the wages are so low they can compensate for abysmal productivity and shoddy work quality. Quality and standards have been major casualties of globalisation.

Immigration has also played its part. Any modest increases in the size of western economies (by overusing the artifice of overpriced real estate) has been swamped by population increases from third world countries. Incoming migrants are better off than they were, while the local population suffers declining living standards. The economic pie grows at a slower rate than the force-fed population increases.

The net effect of a President Trump’s mooted policies may be to bring the western economies and thus the world economy back to a real value proposition of productivity, innovation and high practical standards of organisational development.

Just as importantly it may return industrial, commercial and household assets to intrinsic value and not the distorted absurdities fostered by a dysfunctional globalisation model.

Does Australia have anything to fear from the policies of a President Trump?  On balance it would seem not.

If President Trump can enact much of his trade policies as we understand them, the outcome would likely be beneficial for Australia overall.

But the Globalisation scriptwriters and their vocal well-paid cheer squads may not be happy with the end result.