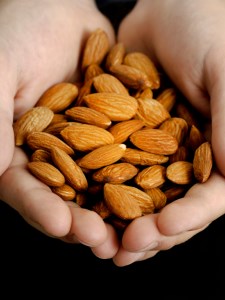 According to the Almond Board of Australia there has been strong growth in production, prices, consumption and exports.

Globally, Australia is now the second largest producer of almonds behind the United States.

The US remains the dominant force in the industry making up 82 percent of world production. The majority of US almonds are grown within the state of California.

Australian almond production in 2013 was 73,361 tonnes (kernel weight equivalent) with an expected tonnage for 2014 of 70,000 tonnes, according to the Almond Board of Australia.

Colliers Rural research shows the area planted to almonds has increased by 211 percent or around 19,391 hectares over the past decade.

Colliers suggest currently there remains 1,008ha or 4 percent of almond plantings that are not yet bearing and 33 percent (9,486ha) of trees that are still maturing.

A wide range of almond varieties is available, however within Australia the dominant varieties are Nonpareil, Carmel, Price, Peerless and Ne Plus.

Nonpareil is the main commercial variety and, as evidenced in the chart overleaf, currently accounts for over 50 percent of plantings in Australia.

Consumption growth has been led by improving incomes in major export destinations (most notably India).