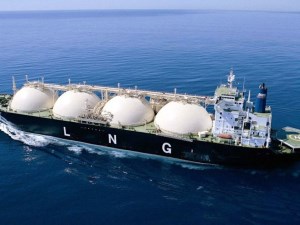 The federal government will impose restrictions on the export of Australian gas to boost domestic supplies and lower prices.

Senator Canavan said it was not the Government's preferred option, but recent crisis talks with gas producers had failed to prove there would be an adequate domestic supply.

"They have not got us to where we would like to be, we are still not at the point where we believe our manufacturing sector has adequate supplies of gas," he said.

By July 1, the government intends to regulate so that it could force producers to boost supply for Australian users before they are allowed to export.

Senator Canavan said the Government had the power to impose export restrictions on resources, noting it already licenced the overseas sales of uranium.

"Gas companies are aware they operate with a social licence from the Australian people," Mr Turnbull said.

"They cannot expect to maintain that licence if Australians are short-changed because of excessive exports."

The gas plan would mean, if a shortage was forecast, gas producers would have to show how they would overcome it.

Their options would include buying gas on the spot market in Asia to fill their export contracts.

"If shortfalls don't emerge, if more gas does come back on to domestic markets, we won't need to activate the mechanism and that would be ideal," he said.

The Government's aim is to bring the price down, but Senator Canavan could not say how much it would fall.

He conceded it has been cheaper to buy Australian gas in Asia than domestically.

"In the last few months, prices in Asia have been about or just below prices here in Australia and that is not accounting for the shipping costs you incur in exporting gas," he said.

He argued Australians should pay the same for their gas as it costs Asia, less the transport costs.

"That is a much more appropriate benchmark."

Mr Turnbull said the government move would protect 65,000 jobs in gas-dependent industries and bring Australian gas prices in line with the global market.

Prices on Australia's east coast are currently substantially above those on offer for Australian gas overseas, despite the country being on track on become the world's biggest exporter on LNG.

Mr Turnbull said domestic prices were sometimes four or five times those on offer in the US.