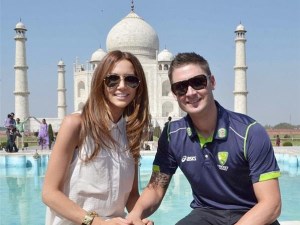 Former Australian cricket captain Michael Clarke will help drive tourists down under in his new role with Tourism Australia.

Clarke was announced as a Friend of Australia during Tourism Australia’s annual India Travel Mission.

In the new role Clarke, who made his Test debut against India in 2004, will work with Tourism Australia to encourage people in our key international markets, especially India, to visit and experience Australia.

The role will include hosting events, media appearances and networking with travel agents and key tourism stakeholders to promote Australia to the world.

“India is a growing and important tourism market for Australia,” said Minister for Trade, Investment and Tourism, Steven Ciobo. “Indian visitors are expected to be worth $1.9 billion to the Australian economy by 2020.”

During the same period Indian visitors spent more than $1.3 billion in Australia, making it the eighth largest market for Australia in terms of money spent by travellers.

Tourism is one of the key sectors for the India Economic Strategy, commissioned by Prime Minister Malcolm Turnbull during his visit to India earlier in the year. The strategy will look at opportunities to grow and diversify Australia’s economic relationship with India in coming years.

Mr Ciobo will lead a business mission to Australia Business Week in India at the end of this month aimed at expanding Australia’s trade, investment and education relationships.