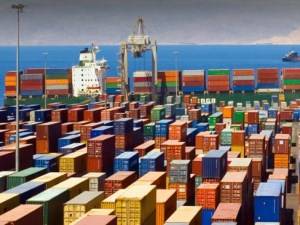 Australian exporters are more optimistic about the year ahead and are planning to target new overseas markets, a major national survey has found.

The report shows 67 per cent of exporters believe the outlook for their business is better this year compared to the previous year.

And of those surveyed, 78 per cent of exporters are planning to trade in additional overseas markets over the next two years. Top target locations include China, the US, India, the United Kingdom and Indonesia.

AIBS is one of Australia’s largest and most in-depth surveys of internationally active businesses.

Supported by Austrade, Efic and the Export Council of Australia (ECA), and conducted by the University of Sydney, AIBS 2016 is the third survey in the series. The results provide a greater understanding of Australia’s international business engagement.

It contains responses of 913 Australian companies drawn from 19 industry sectors (and 93 sub-sectors) operating across more than 100 international markets. Thirty-three per cent of respondents are from the manufacturing sector, which once again is the single largest source of survey participants. Half of respondents are drawn from a range of services industries.

About 90 per cent of survey respondents have fewer than 200 employees while 63 per cent have been earning international revenues for a decade or longer.

The report provides detailed information on selected markets and sectors.

The most popular initial overseas markets for AIBS 2016 participants were the US, China, New Zealand and the UK.

Participants said the most important factor for ensuring success in international business is building a reputation for dependability, reliability, honesty and trustworthiness.

Lack of adequate security was a main factor in 58 per cent of unsuccessful funding attempts.

The two risks to international operations identified by respondents were high domestic costs in Australia and the possibility of adverse exchange rate movements.

Respondents were also concerned about increased international competition and the threat of economic or financial crisis in key markets. They did not express great concern about the threats posed by protectionism, criminal or terrorist acts, and cybercrime.

The AIBS 2016 Highlights Report is available at: www.austrade.gov.au/aibs2016