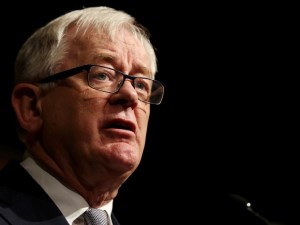 Twelve of Australia’s top exporters were recognised for their outstanding achievements at an awards ceremony in Sydney last night.

The winners of the 52nd Australian Export Awards were selected from 74 finalists.

Collectively the finalists have generated $3.1 billion in export earnings and employ 41,000 people.

Mr Robb said the awards highlight international business excellence at a time when opportunities offshore have never been greater.

“The businesses recognised by these awards make a huge contribution to our economy, and I congratulate the winners – indeed all the finalists – for their commitment, creativity and drive,” Mr Robb said.

GP Graders, a leading supplier of fresh produce grading machinery and the world’s leading manufacturer of cherry sorting and packing machinery, was named Exporter of the Year.

Established in 1963 its shellfish industry technology has revolutionised packing operations around the globe.

“GP Graders – from my home-state of Victoria – should be especially proud of the innovation and imagination they’ve demonstrated, in order to capture international attention for their machinery products,” Mr Robb said.

Mr Robb said other award winning companies like Bega Cheese, the Australian Agricultural Company and The Creature Technology Company, have long-known the value of expanding business horizons through diversification and revolutionising their practices.

“Bega Cheese began exporting back in the early ‘90s and have since tailored their products to meet the specific demands of overseas markets,” Mr Robb said.

Halfbrick, the winner of the Online Sales Award is an example of Australians leading the way on the world stage, Mr Robb said.

The company’s Fruit Ninja game has proved popular with game-enthusiasts around the world.

“Turbosmart, Blast Movement Technologies and Opmantek are all leaders in their field, and as such, are fine examples of what others can achieve when they set their sights on venturing into international markets,” Mr Robb said.

Mr Robb said other winners such as SDI Limited, TTG Transportation Technology, Charles Darwin University and Cardno have the potential to increase their export-market share even further, following recent trade deals struck by the Government.

“This year we have secured Free Trade Agreements with our three largest export markets – China, Japan and Korea – giving Australia unparalleled access to the world’s most exciting and dynamic region,” Mr Robb said.

“These three agreements account for 61 per cent of our goods exports and 19 per cent of our services trade.  The opportunities created by this trifecta of agreements herald the start of an exciting era of growth for our home-grown businesses in a variety of sectors – from food production to manufacturing, mining, tourism and everything in between.”

The awards – co-presented by Austrade and the Australian Chamber of Commerce and Industry – are the culmination of competitions at the state and territory levels.

For information on the finalists and winners: www.exportawards.gov.au/Finalists/2014