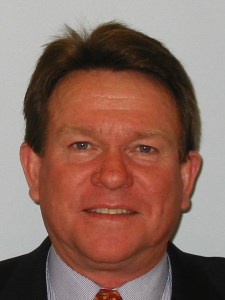 The SME sector is a big winner from the May budget with cuts to company tax rates and the investment write off of asset acquisitions up to $20,000 per item.

As the largest employer group in the country, the government has dealt a strong hand to underpin its commitment to investment, growth and job creation.

The Export Consultants Association Inc (ECAI) sees this initiative aimed at either kick starting or encouraging new SME start-ups as a strong precursor to businesses looking to expand investment in both R&D and export development.

Recommendations from the review are expected to submitted to the Minister next month and future policy will be reflected in the 2016 Budget.

“There has been compelling evidence tabled in the current review that demonstrates the EMDG program has been a tremendous success well beyond the performance criteria set for this program,” said Rod Campbell, Chair of ECAI.

The legislation requires applicants to generate a minimum of $10 for each $1 of grant paid during the export performance phase of the eight years applicants can receive this incentive.

The actual exports revenue generated according to Austrade statistics is $40 for each $1 of grant.

Having been hit by the Global Financial Crisis and a prohibitively high Australian dollar in recent years, Australian SME exporters are now getting back on their feet.

“It is very timely for the Government to inject support for this sector,” said Mr Campbell.

Mr Campbell said nearly all businesses emerge from an SME beginning and indicators both locally and globally point toward an improving market opportunity for Australian business in coming years.

“The volatility of global commodity trade has again reminded all that an economy cannot be sustained long term from one revenue source, he said. “It also reminds us that the direct wage/employment impact of bulk commodities is minuscule relative to the labour intensity of typical SME operators. SMEs are spread across ever industry sector and throughout all corners of the country.”

Heart of the economy

Mr Campbell said the Government is putting its pledge into the heart of the economy in supporting the SME sector.

“The next phase of that commitment will emerge next year when the policy for supporting export development for SME comes into the spotlight.”

Mr Campbell expects the recent budget allocation of $137 million to the EMDG scheme to be substantially enhanced at least to the $200 million level under the previous Rudd Government.

The program, established in 1974, has been the most successful economic stimulus initiative ever introduced in this country, he said.