'USMCA is the most important deal we've ever made by far’
US President Donald Trump read more
Our new e-magazine is OUT NOW. Click here to read.
REGISTER ADVERTISE
SUBSCRIBE TO OUR FREE NEWSLETTER
PUBLISHED | MARCH 6, 2015
COMMENTS | NONE
Tweet 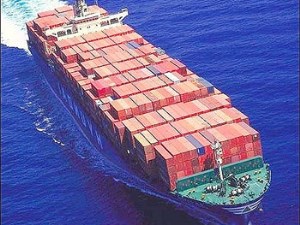 Australian goods and services exports rose by 1.3 per cent in January 2015 compared to the previous month, according to latest industry data.

The Australian Bureau of Statistics (ABS) seasonally adjusted data shows the value of resource exports expanded by 2.3 per cent in January, compared to the previous month.

This follows growth of 1.1 per cent in the December quarter.

The increase was driven by growth in “other” mineral fuels as well as coal, coke and briquettes.

The latest rise in exports contributed 0.7 percentage points to GDP growth in the December 2014 quarter.

"The increase in resource exports reflects the unprecedented investment in the resources sector that we have seen recently, combined with the lower value of the Australian dollar," said Trade Minister Andrew Robb.

While the value of services exports fell marginally by 0.1 per cent in January compared to the previous month, they were 3.8 per cent higher compared to a year ago.