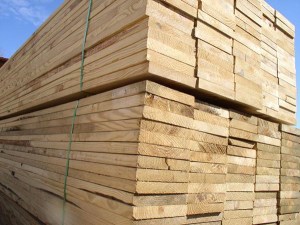 The value of Australian wood product exports increased by 23.7 per cent to $2.5 billion last financial year, according to latest industry statistics.

The Australian forest and wood products statistics released by ABARES, also showed the value of imports increased by 11.7 per cent to $4.6 billion.

"The increase in value of imports was mainly driven by growth in the value of miscellaneous forest product imports such as 'Builders' carpentry' and 'Mouldings', Ms Schneider said. “The value of imported sawnwood, wood-based panels, pulp and paper also increased.”

The strong growth in wood product exports in 2013-14 was primarily driven by an increase in the value of woodchip exports.

Also contributing to Australia's strong export growth, the volume of roundwood exports reached a new high of 2.4 million cubic metres in 2013-14, valued at $292 million. China continues to be the primary destination for roundwood exports.

"Alongside increased wood product trade, there has also been an increase in employment numbers in the forestry sector, Ms Schneider said.