‘UK wine exports are at their highest level in a decade’
Rachel Triggs, Wine Australia read more
Our new e-magazine is OUT NOW. Click here to read.
REGISTER ADVERTISE
SUBSCRIBE TO OUR FREE NEWSLETTER
PUBLISHED | AUGUST 19, 2014
COMMENTS | NONE
Tweet 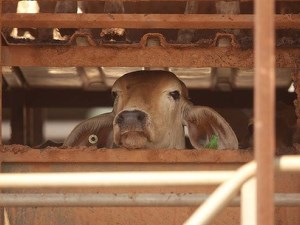 Live cattle exports from Australia have hit their highest ever level, less than two years after the industry was at an all-time low.

According to the Australian Bureau of Statistics (ABS), more than 350,000 live cattle were exported in the June quarter, beating a record set in 2002.

This is a major turnaround since late 2012 when cattle exports were less than a quarter of that figure.

That downturn was caused in the aftermath of a “crippling” ban on live cattle exports, following animal welfare concerns.

Cattle Council of Australia's Jed Matz said most producers were yet to reap the benefits of the turnaround, but he was optimistic it would come soon.

"Hopefully this is the start of the turnaround and one that will be fairly long-term, because we're seeing unprecedented demand internationally, Mr Matz said.

"Certainly after the difficult period we went to with the Indonesian ban to see the trade get up to its pre-ban numbers is fantastic news.

"We always knew there'd be growth in live exports and boxed beef in North Asia and it's that demand from South-East and North Asia that's really doing it."

But the industry's growth has dismayed animal welfare campaigners, many of whom want the practice banned.

"This Government is aggressively trying to expand the trade and it's against all the evidence, because no matter how they've tried to regulate it and ensure animal welfare improves, it hasn't, WA Greens MP Lynn MacLaren said.

"It's very frustrating for everyone who was very upset by the images [of animal abuse] two years ago and who protested and petitioned the Government and tried to stop this."

"Now we have a really good regulatory system in place to protect the industry, in terms of making sure we have good animal welfare outcomes," he said.

"People, I think, can look forward to the long-term success of the industry."

WA Farmers president Dale Park said continuing to meet such a large demand for live Australian cattle would be problematic.

"That means the market will tighten and hopefully we'll see an increase in price," Mr Park said.

"Our challenge will be getting enough cattle for all these markets."