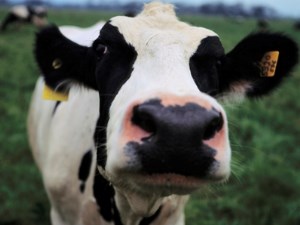 That’s the message for Australian dairy farmers following the Australian Bureau of Agricultural and Resource Economics and Sciences (ABARES) release of the March issue of Agricultural Commodities at its Outlook 2014 Conference in Canberra this week.

“The outlook for dairy is promising. Australian milk production and exports of dairy products are expected to rise over the outlook period,” Manager, Agricultural Commodities, Peter Collins said.

“The value of Australian exports of dairy products is forecast rise by 14 per cent in 2014-15 to $3.4 billion, reflecting forecast higher world dairy product prices and an assumed depreciation of the Australian dollar.”

World indictor prices of a range of dairy products are forecast to increase in 2014-15:

“It’s expected there will be continued strong demand for Australian dairy products from Asia, the Middle East and North Africa. In 2012-13, these markets accounted for around 94 per cent of the total value of Australian dairy exports,” Mr Collins said.

The Australian farmgate price of milk is forecast to rise by around 5 per cent in 2014-15 to average 50 cents a litre.

In addition to this expected price increase, Australian milk production is forecast to increase by 2 per cent in 2014-15 to 9.25 billion litres, following a small contraction this year.

“Over the medium term, Australian milk production is projected to rise to around 10.2 billion litres by 2018-19, Mr Collins said.