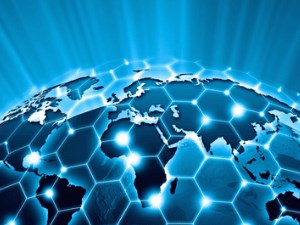 Australia has slipped further in global innovation rankings due to an inability to commercialise ideas, a new international study shows.

Australia placed 19th on the 2016 Global Innovation Index, down from 17th the previous year. Australia is now ranked below New Zealand, which sits at 17th in the world.

The Global Innovation Index, a joint venture between Cornell University, INSEAD and the World Intellectual Property Organisation, has been running for nine years.

Global lead partner of management consulting firm A.T. Kearney, Nigel Andrade, said Australia had a tremendous platform for innovation, but it was not translating to results.

"We also need to think more explicitly about exporting innovation. There is a lot of discussion about innovation for domestic purposes ... but knowledge diffusion is a big thing as well, so we need to be thinking about how to export ideas and earn trade on the back of those ideas."

According to the index, Australia ranks in the top 10 worldwide when it comes to tertiary education participation, infrastructure and information and communication technologies, access to credit and new business activity.

But falls short of global standards when it comes to government spending on secondary education per pupil, the number of science and engineering graduates, the ease of protecting minority investors and ICT imports.

Punching above our weight

Despite the country's weaknesses, Mr Andrade said coming in 19th was still a good result.

"We're in the top 25, so we're in the leaders category and we're punching above our weight in terms of GDP. The fact we have good 'input' is nothing to be sneezed at," he said.

Rounding out the top 10 nations, out of 128, were the US in fourth, followed by Finland, Singapore, Ireland, Denmark, the Netherlands and Germany.

The government urgently needs to address this issue, he told SmartCompany.

“Australia has always been a hotbed of science and innovation but we’ve historically been less successful at commercialising it to the world.”