‘UK wine exports are at their highest level in a decade’
Rachel Triggs, Wine Australia read more
Our new e-magazine is OUT NOW. Click here to read.
REGISTER ADVERTISE
SUBSCRIBE TO OUR FREE NEWSLETTER
PUBLISHED | JANUARY 12, 2018
COMMENTS | NONE
Tweet 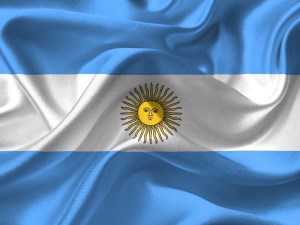 Argentina is one of the largest and most developed markets in Latin America, and a land of significant untapped potential for Australian goods and services.

Business-friendly reforms underway by the current government, led by President Mauricio Macri, are also opening the door to new opportunities for Australian companies of all sizes.

Reforms already implemented include the removal of taxes on exports and currency controls on the dollar, as well as resolving the country’s foreign debt disputes to open access to international credit and solicit greater foreign direct investment.

The reform agenda is set to continue following the government’s sweeping victory in the mid-term elections on October 22.

The government’s efforts to modernise Argentina’s large agriculture, mining and energy sectors create significant opportunities for Australian businesses to share their world-leading business expertise and help develop these industries. Other areas where investment, technology and upskilling is needed include infrastructure, education and the digital economy.

Much like Australia, Argentina is blessed with a wealth of natural resources. The production and export of these resources (particularly agricultural products) contribute to Argentina’s standing as the third largest economy in Latin America and the 21st largest in the world.

Argentina is one of the world’s largest agricultural producers and a leading exporter of beef, citrus fruit, soybeans, honey, sunflower seeds, maize and sorghum, among other commodities.

Despite these strengths and natural advantages, access to the foreign capital and technology necessary to fully tap into Argentina’s agriculture, energy and resource sectors has been inhibited due to economic and political uncertainty over the past decade.

Argentina produces enough food to feed 400 million people and aims to increase this figure to 600 million in the next few years. It aims to become “the supermarket of the world”, catering to growing international demand with a diverse range of agricultural products.

To do this, modernisation and significant investment is required to upgrade machinery and technology. In addition, the rising costs of seeds, agrochemicals and fertilisers mean that modern and innovative agricultural technology offering efficiency gains, cost savings or improved yield quality may find strong potential in Argentina.

Cyber security is a growing concern in Argentina with the expansion of e-commerce and online government service delivery. Australia’s reputation for being at the forefront of developments in online safety and security, and its robust legislation, advanced law enforcement capability and rigorous policy development, provide Australian firms with a competitive edge in the Argentine market.

Innovation, technology and the digitisation of processes and services are transforming the way we do business around the world and Argentina is no stranger to this. Digital transformation and disruptive technology will play a big part in modernising and growing the Argentine economy, especially when it comes to boosting productivity, efficiencies and competitiveness. Austrade is riding the innovation wave and facilitating links between the innovation ecosystems in Australia and Argentina to provide international exposure and opportunities across agtech, METS (mining equipment, technology and services), fintech, medtech and gamestech, amongst others.

The Argentine population is one of the most educated and qualified in Latin America. The country has a 98.1 per cent literacy rate and a school life expectancy of 17 years – on par with Germany, South Korea and the United States.

However, the Argentine government recognises the need to upgrade the country’s vocational education and training (VET) skills by introducing training and qualification frameworks similar to those in place in Australia.

Infrastructure is another key component of Argentina’s modernisation efforts and a key priority of the incumbent government. They aim to improve on the country’s transport infrastructure to facilitate export-oriented growth and productivity. Upcoming projects include a series of transport tunnels under the Andes mountain range to increase export volumes between Argentina, Brazil, Chile, Paraguay and Uruguay. These tunnels would also facilitate Argentine exports through Chile’s Pacific ports.

Improvements to rail infrastructure are also being considered to increase mining activity and investment. Australia’s strong and world-leading capabilities in rail infrastructure are likely to be in demand, particularly in logistics and across all stages of rail freight projects, from research and development, to planning and design, operation and maintenance, and safety management.

Australia and Argentina are both mineral-rich nations with similar geological and environmental landscapes. Australian mining firms are experienced in operating in harsh conditions similar to Argentina where mining operations are predominantly located in the country’s rugged western region, abutting the Andes mountain range.

There is potential for Australian investment, technology and expertise to assist Argentina modernise its mining industry by tapping untouched reserves and ensuring the benefits of the country’s resource wealth translate into economic advancement. Of the 750,000 sq km of the country that can reasonably be assumed to contain viable mineral deposits, just 25 per cent of this land has been awarded in concessions.

According to Argentina’s Mining Secretary Daniel Meilan, 90 per cent of projects on the land are still in their early stages, while less than 4 per cent of the land currently hosts operating mines.

Further exploration and development of the country’s mineral reserves will create extensive opportunity for Australian mining firms, and in particular METS providers. Australian companies in mining systems and technology, and lithium production have a large opportunity to leverage their capabilities in Argentina.

There is also demand for automation technologies that increase efficiencies, and modelling and analysis software that identifies performance improvements and best practice.

Concern over environmental degradation and a perceived lack of economic benefit to local communities has historically bred opposition to mining operations in Argentina. These concerns have led to restrictions on mining activities being imposed in seven provinces. It also generated a demand for Australian expertise in sustainable mining, from local community engagement to environmental management.

Argentina is challenged with expanding and modernising its water irrigation system, which currently serves just one-third of its potential agricultural land. To address this and provide resources to the most water-intensive sector of the Argentine economy, Argentina plans a US$7 billion investment to double the country’s irrigated agriculture area. This is expected to create 4.3 million irrigated hectares by 2030, as well as increase the productivity of the 2.2 million hectares currently without irrigation by 50 per cent. 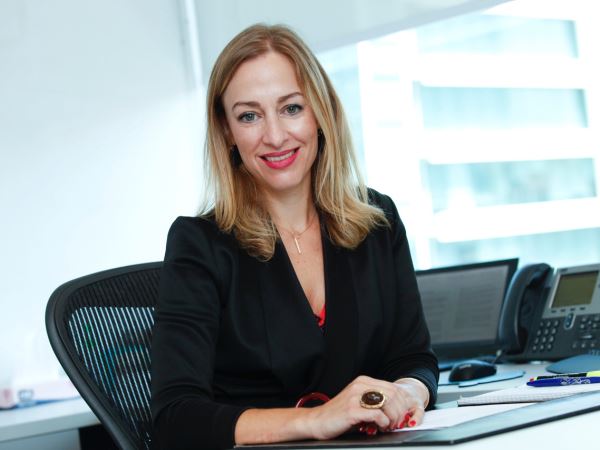 Australia is well-positioned to capitalise on this irrigation expansion program, given its internationally renowned and innovative water management expertise and technology.