‘Beginning to export can be challenging, but there are massive opportunities for Australian firms’
Karen Andrews, Minister for Industry, Science and Technology read more
Our new e-magazine is OUT NOW. Click here to read.
REGISTER ADVERTISE
SUBSCRIBE TO OUR FREE NEWSLETTER
PUBLISHED | NOVEMBER 28, 2015
COMMENTS | NONE
Tweet 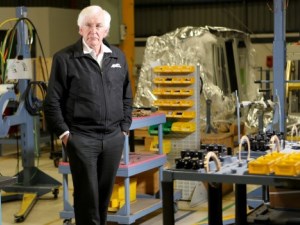 Advanced manufacturer ANCA has capped a remarkable year after being named Exporter of the Year at the 53rd annual Australian Export Awards in Melbourne last night.

Trade and Investment Minister Andrew Robb made the announcement at a gala ceremony, held to honour the achievements of Australian businesses in international markets.

ANCA was also one of 12 category winners that included agribusiness, education and training, small business and online sales.

“I’m delighted to present ANCA with the Australian Exporter of the Year award for their outstanding success in manufacturing innovative advanced machinery that’s in increasingly high demand around the world,” Mr Robb said.

The Melbourne-based company, which specialises in producing hi-tech tool and cutter grinders, was also named the winner of the Manufacturing category.

“ANCA has been a leader in its field for 40 years, Mr Robb said. “In that time it has significantly expanded its export markets and is on track for a record year of growth.”

ANCA has hired 160 new employees to meet the increasing demand for their products.

Earlier this year ANCA took out the Manufacturing category at the Governor of Victoria Export Awards (GOVEA) recently. The company has previously won ten GOVEA awards.

It also won the Manufacturing category in the PACE Zenith awards.

ANCA sells to a wide range of industries including aerospace, medical, automotive, electronics and tool manufacturers.

The company exports 99 percent of the product produced at its Melbourne headquarters and also manufactures in Thailand and has a global network of offices.

Co-founder and Director Pat Boland says ANCA is proof that an Australian company can successfully compete and prosper in a global market.

“Precision cutting tools are a fundamental component of advanced manufacturing and ANCA is immensely proud of its contribution to global progress.”

Mr Robb congratulated the category winners for their outstanding achievements as well as the 74 national finalists.

He also announced a new award category for next year, which will recognise an investor or joint venture company.

“Foreign investment plays a critical role in providing businesses with the capital they need to grow and prosper – the new award will honour a company that’s made a long-term contribution to our economy by creating employment, cultivating innovation and facilitating the expansion of Australian industry within global supply chains.”

“Together they form a key plank of the Government’s strategy to promote jobs, growth and innovation in this critical post-mining boom period,” he said.

The Australian Export Awards are co-presented by Austrade, Australian Chamber of Commerce and Industry (ACCI) and CPA Australia.

Further information on the category winners is available at: www.exportawards.gov.au