‘Beginning to export can be challenging, but there are massive opportunities for Australian firms’
Karen Andrews, Minister for Industry, Science and Technology read more
Our new e-magazine is OUT NOW. Click here to read.
REGISTER ADVERTISE
SUBSCRIBE TO OUR FREE NEWSLETTER
PUBLISHED | SEPTEMBER 24, 2014
COMMENTS | NONE
Tweet 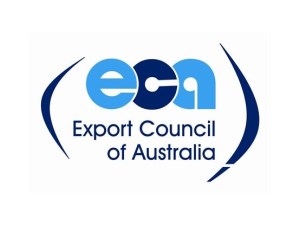 A new industry collaboration hub has been launched to lift the regulatory burdens imposed on Australian manufacturers selling into overseas markets.

The Deregulation Hub is the result of a new partnership between META, a nationwide network of high potential manufacturing businesses and researchers and the Export Council of Australia (ECA).

Unveiled in Sydney earlier this month, it aims to reduce regulatory burden by 30 percent in Australia and increase export opportunities for the manufacturing industry.

The announcement follows a federal government election promise to reduce business red tape by at least $1 billion a year.

“By joining forces with the ECA, the META hub will analyse the domestic barriers restricting local businesses from exporting on a greater scale to grow Australia’s export potential and increase our international competitiveness,” Zoran Angelkovski, META Managing Director said.

The Asia-Pacific Economic Cooperation forum ranks Australia as the third worst performer in terms of the weight of regulatory burden on its merchandise exports and imports out of the 20 APEC economies.

“We have identified a critical lack of Australian data on the regulatory costs imposed on individual exporters in getting their goods approved for export, Mr Angelkovski said.  “Our research will aim to close the gap by almost half with one of our closest neighbours Singapore to quantify the costs of regulations, identify areas of unnecessary red tape and provide a platform for Australian manufacturers to collaborate.”

The ECA recently completed Australia’s International Business Survey (AIBS) of close to 3000 companies, in conjunction with Austrade, EFIC and the University of Sydney.

“The activities being undertaken by the META Hub will provide direct industry feedback to assist the Commonwealth Government in prioritising its de-regulation agenda and more rapidly improving industry competitiveness in new markets,” Lisa McAuley, COO of Export Council of Australia said.

“By understanding the biggest pain points for manufacturers, we can help improve an Australian company’s access to global markets by reducing the domestic costs imposed on their business to compete globally.”

"Although Australia has high labour costs, this doesn’t have to be a limiting factor and in fact many successful manufacturing export nations like Germany and Switzerland share these high costs. Australia has leveraged the mining boom internationally and there is now a real opportunity to benefit from advanced manufacturing as a key export sector for Australia in the Asian century," Mr Harcourt said.

Peter Freedman, Founder and CEO of international microphone manufacturer RØDE is available to talk through the barriers they see to Australian manufactures and the untapped opportunity for growth into overseas markets.

“Australia has been fortunate in the past to have minerals to keep us strong as a country, but we are now discovering that this alone isn’t sustainable over the long term. It is vital for the future of Australian global competitiveness that we transition into a technology-based manufacturing country, using design thinking, innovation and additive manufacturing,” Mr Freedman said.

For more information on the Collaboration Hubs and to become part of the META De-regulation Hub visit: www.meta.org.au.